Grammy viewers were hoping for a surprise performance from pregnant Beyoncé, and she delivered incredibly. 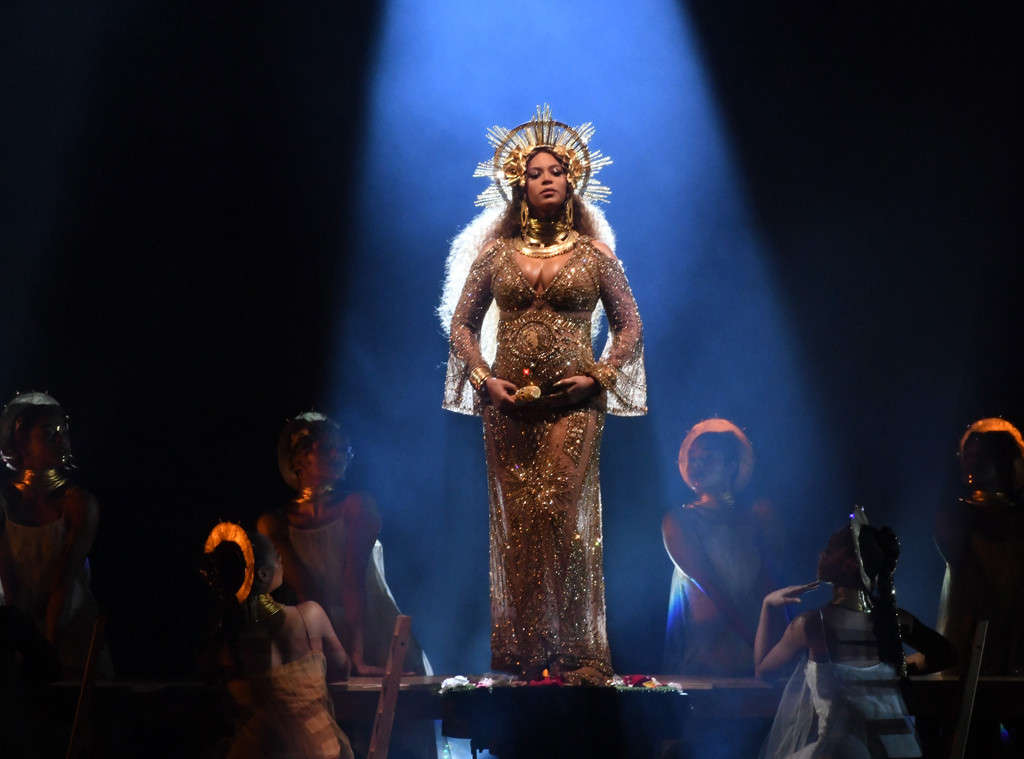 The superstar, who recently announced she’s expecting twins, performed two songs from her album “Lemonade” during a nine-minute artistic set that celebrated motherhood.
Wearing a golden crown and surrounded by more than a dozen dancers, Queen Bey moved gracefully through “Love Drought” and “Sandcastles” — at one point, pulling off a gravity-defying chair stunt. 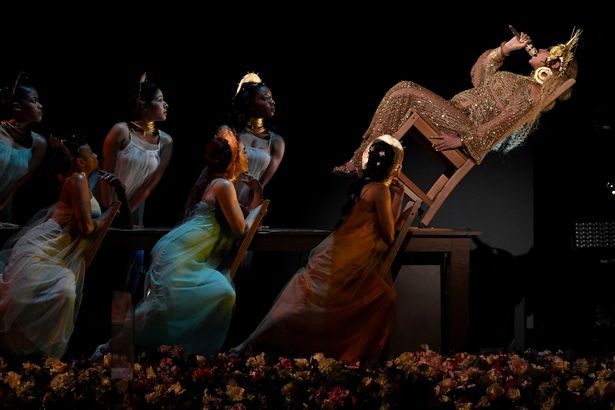 Beyoncé, who was introduced by mom Tina Knowles, began and ended her performance with the words of poet Warsan Shire, which she also sampled in “Lemonade”
“If we’re going to heal, let it be glorious,” she quoted at the end of her set.
Beyoncé’s performance was not officially announced prior to Sunday night.
Later, when she picked up the award for best urban contemporary album, she explained the inspiration for making “Lemonade.”
“My intention for the film and album was to create a body of work that would give a voice to our pain, our struggles, our darkness and our history. To confront issues that make us uncomfortable,” she said.
She continued: “It’s important for me to show images to my children that reflect their beauty so they can grow up in a world where they look in the mirror, first in their own families, as well as the news, the Super Bowl, the Olympics, the White House and the Grammys, and see themselves and have no doubt that they’re beautiful, intelligent and capable. This is something I want for every child of every race.”
Former “Destiny’s Child” bandmate Kelly Rowland also tweeted her support with a series of bee emoji.
Beyoncé didn’t end up winning album of the year, but shared a sweet moment with Adele, who gave kudos to her idol while accepting the award.
“This album for me — the ‘Lemonade’ album — was just so monumental and so well thought out and so beautiful and soul-bearing and we all got to see another side to you that you don’t always let us see and we appreciate that,” she said. “You are our light.”
While Beyoncé teared up, Adele added: “I love you. I always have. And I always will.”
Advertisement