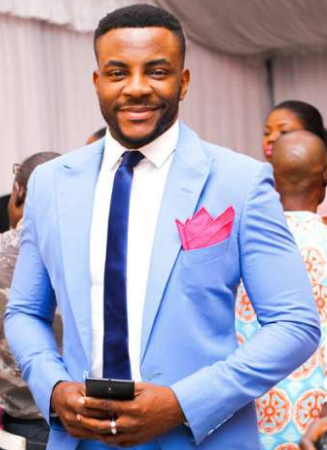 The Big Brother Naija reality TV show host, Ebuka Obi-Uchendu broke the internet last night after he appeared on stage with a litte extra bulge in his pants.

The last night’s show which witnessed the eviction of housemate, Coco Ice and introduction of two new fake housemates quickly went viral as a result of the show host’s wardrobe malfunction.

Ebuka Obi-Uchendu climbed up to become the trending topic on social media platform, Twitter as several fans had one thing or the other to say about his ‘cassava’.

In reaction, Ebuka took to his social media page to apologize using the ‘We’.

Nigerians in reaction took to their social media page to write: