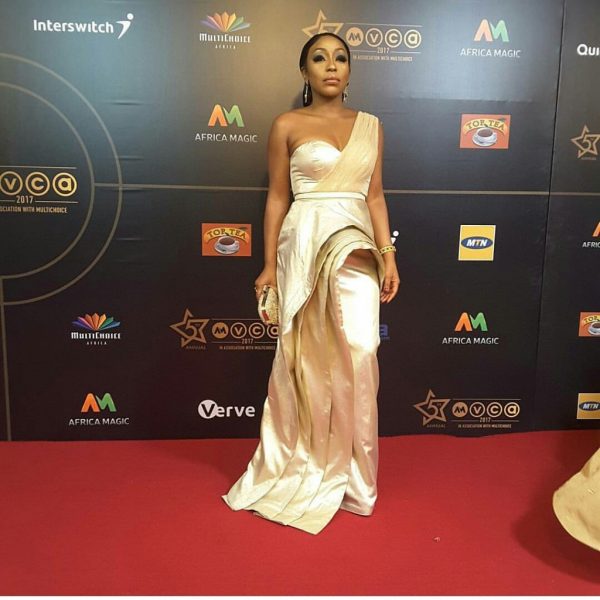 “It is very important that we teach our children the events that helped shaped this country (Nigeria)”, Rita said while accepting her award on Saturday at the Eko Hotels, venue of the event in Lagos.
She also dedicated the award to “the unsung heroines”, the Army Wives. “’76” also won “Best Overall Movie” with nominations in 14 categories at the #AMVCA2017.
The movie 76, is a story told from two points of view: that of a young pregnant woman, and that of her husband, a soldier accused of being involved in the 1976 military coup and assassination of General Murtala Mohammed, the then Head-of State of Nigeria.
The event, hosted byNigeria’s IK Osakioduwa and Minenhle ‘Minnie’ Dlamini from South Africa, the ceremony’s fifth edition made highlights of outstanding achievement in television and film during the 2016, voted on by the general public.