The lapses in the country’s transportation sector will soon be a thing of the past according to the Senate President, Dr Bukola Saraki.

He said the National Assembly is committed to repositioning the transport sector to improve the nation’s economy. 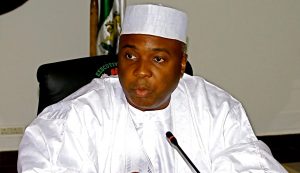 explained that the Senate wants to encourage private sector investment in the transport sector and the bills are critical to achieving that.

Recently, the Minister of Transportation, Mr Rotimi Amaechi, revealed that negotiations were at advanced stage with General Electric, an American multinational conglomerate and the China Exim Bank on the revival of the rail system.

Mr Amaechi also told reporters shortly after he visited the dry inland port in Jos, the Plateau State capital, that work would commence on the narrow and standard rail line gauge across Nigeria as soon as the negotiations were concluded.

He, however, stressed the need to develop facilities in the inland dry ports on a tripartite arrangement involving the Federal Government, the host state government and the private investor.