Home Entertainment “For spending so much money on me I must make Davido proud”...
Facebook
Twitter
WhatsApp

After his hit single, Eleko, which received massive airplay and acceptance from his fans and lovers of good music, DMW records rave of the moment, Mayorkun, is gradually stamping his feet on the Nigerian music scene. 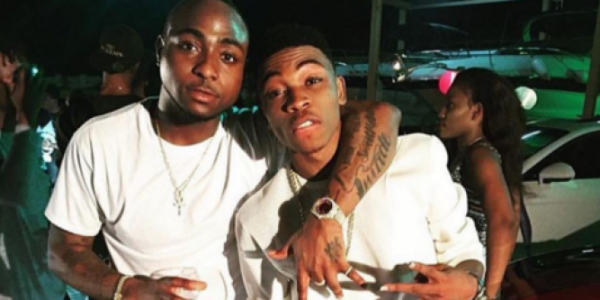 The former banker turned singer, who recently dropped another single featuring Davido, has declared that it is very important and compulsory for him to impress and make Davido proud before he begins to feel like he has wasted money on him.

In a chat with Showtime, the Eleko crooner revealed that his current standard of  living is what he had been craving long before getting signed on to Davido’s record label. He explained how Davido brought his dreams to fulfillment by signing him to DMW record label.

“To be very honest, I think Davido changed everything about me. Normally, this is the life I would have wanted to be living; I would have wanted to be living this life way earlier than this, but David just brought that into limelight for me and I’m grateful. The best I can do is to keep making him proud, do you understand? Make him no feel like say him don waste money”, quipped the singer.