Shakar EL, a rising music act has called out Flavour on his Instagram handle to social media for refusing to collaborate with him. 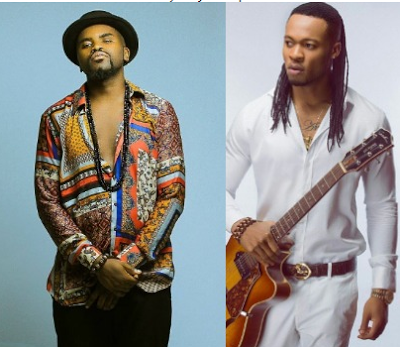 Shakar El claims he has known Flavour for most of their lives but that their common friends and family members are concerned that Flavour has not helped him boost his musical career even with collaboration.

During the interview on Beat FM, Shakar EL who was asked about why Flavour has not collaborated with him musically said the questions should be directed at the Nwa Baby singer.

He also took to Instagram and vented about Flavour’s refusal to work with him.

It frustrates me every time,the media,fans,friends and even family ask me to collaborate with Flavour,they make it look like I Dont put enough efforts in my career to make some things happen especially when it comes to collaboration. Let it be known that I have known Flavour almost all my life and even went to school with him at a stage and we have been close friends back in the days before he blew up. We Don’t have any issues and he has always said we are going to work together at least I have been pushing for that since 2011 and i have moved on from that to focus on grind because it is not up to me,you people need to be asking him and stop asking me because I will start blocking friends that ask me that same boring question all the time and I won’t answer such questions in any interview again, Ask my old friend Flavour why we are yet to work? Stop Frustrating my life with that Question… God’s Time is the Best,he knows when and how my breakthrough will come thru,I just need to keep working hard on my Music… God bless all my supporters!! Shakar Nwa Mama!