Popular Rapper, Snoop Dogg has been slammed by U.S. President Donald Trump due to his controversially viral new music video. 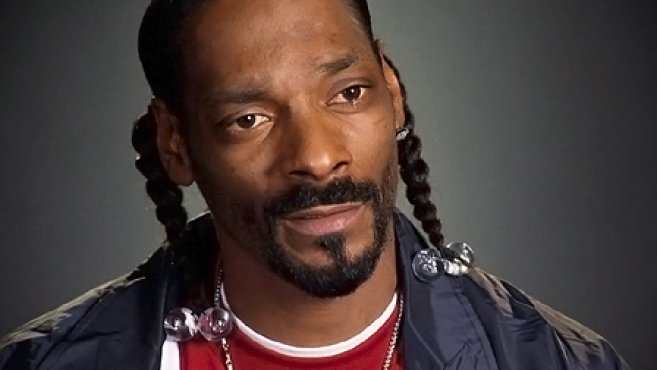 Snoop Dogg had in the video, pulled the trigger on a clown dressed as the country’s leader. The video was for Snoop Dogg’s remix of the song “Lavender” originally owned by Canadian group, BADBADNOTGOOD.

Snoop Dogg rapped about police brutality in a world led by clowns, before picking a gun and pointing it to the Donald Trump-looking clown.

As he pulls the trigger, a flag with the inscription “bang” shoots out of the barrel.

Can you imagine what the outcry would be if Snoop Dogg, failing career and all, had aimed and fired the gun at President Obama? Jail time. 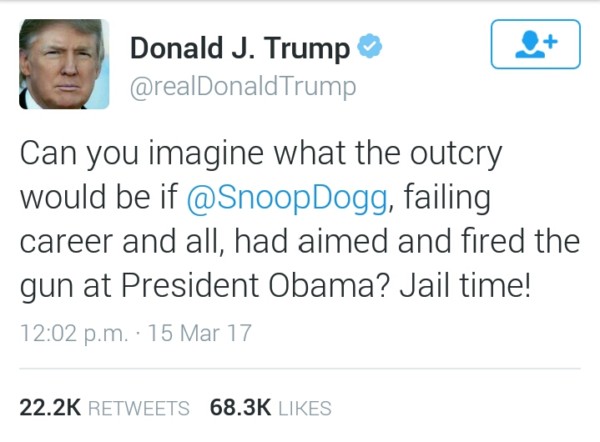