The Lagos State Police Command has arrested a house maid identified as Blessing Paul, who stole $10, 000 in Gbagada which she exchanged at  $86/#1 from Bureau de change operators. 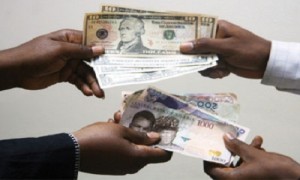 According to reports,the maid forced her boss’ room opened with a knife while the woman was at work. She was said to have handed the money to the house guard, identified as Daniel, who also gave it to a security man at another residence in the area.

The security man, identified as Amos, allegedly took it to a Bureau de Change operator, who changed the money at N86 per dollar, shortchanging the thieves of over N2m.

However,there is a twist to the story as BDC operator claimed he received only $5000 from Amos.

The command’s spokesman, ASP Olarinde Famous-Cole, said the maid confessed that her boss, Mrs. Tokunbo, has been very kind to her, adding that she usually bought clothes and gift items for her to take to her family in Benue State.

“We also found N400,000 in the maid’s bank account but we are following court’s procedure to seize the money. The BDC operator was allegedly given $10,000 but he claimed he only received $5,000.

“Investigation revealed that money and valuables have been missing in the house, but the woman didn’t suspect the maid until the theft of foreign currency last week.”