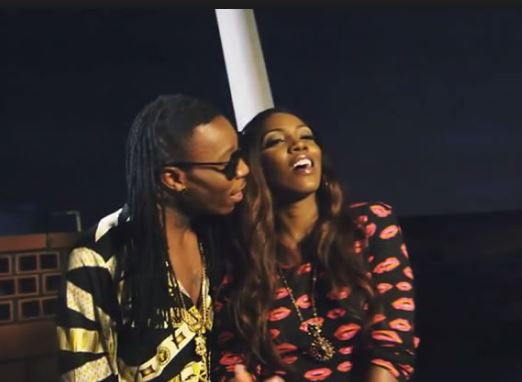 Joshua Iniyezo, popularly known as Solid Star, speaks with TOFARATI IGE, on his career and other issues

I am an Isoko boy from Delta State. I was born and bred in the popular ghetto, Ajegunle, in Lagos. I am the last child and I have three siblings. I lived with my grandmother at Ajegunle because my parents separated while I was still very young. However, my father, who was a military man, is late now. One of my deep regrets is that my grandma did not live long enough to reap the fruits of her labour. However,  I’m sure she would be proud of me wherever she is right now.

How far did you go with your education?

I attended Oshodi Secondary School. Even though I would have loved to pursue my educational interests further, I could not do so due to paucity of funds. However, I realised a long time ago that success is not only determined by how many schools you go to but by what you can offer. That is why I decided to follow music which is my first love. And I’m happy for where I am today.

How exactly did you get into the music industry?

I was a member of my church’s choir and I used to sing and play some instruments. However, my music career officially kicked off in 2008. I used to perform at carnivals in Ajegunle and I had some fans back then who appreciated my music and spurred me on because I have a unique voice. I later met the CEO of my record label, Ossy Achievas, and he offered me a record deal. The rest, as they say, is history. When I met Ossy, I was doing the Ajegunle style of music and he loved my voice but he wasn’t satisfied with the kind of music I was doing. So he encouraged me to diversify and the result is what you hear today.

What’s the story behind your stage name, Solid Star?

That’s actually the name my grandmother used to call me and I decided to adopt it as my stage name.

How do you classify your style of music?

I am a versatile artiste and I can sing anything so long as it sounds good. However, you can call what I do Afro pop or Afro soul.

What are you working on at the moment?

Right now, I’m still promoting the WEED album I released late last year. I have been putting out videos for the songs off the album with two months’ intervals and that’s what is taking my time now. I plan to shoot a video with Timaya next.

You’ve worked with 2face before, why did you decide to feature him again?

2face is somebody I have great respect for. He is an icon and a legend and I would love to work with him on all my songs if I have the opportunity to do that. It is always a privilege working with him. The first song I featured him on was One in a Million, and that was the track that thrust me into the limelight. 2face is a very humble person and my love for him grew after he agreed to feature in my first song because I wasn’t known back then and he accepted to work with me.

You also have a song with Tiwa Savage and there was so much chemistry between the both of you in the video. What is your relationship with her?

There is nothing between us; the only relationship we have is work-related. It is our job and that’s the way it’s done. Apart from music, we also act and that’s what Tiwa did in the video. We had to make it believable and interesting for our viewers. What you see in our videos most times isn’t real. We just often have to act in a certain way to portray the message of the song. Besides, Tiwa is a fan of what I do and I am her fan as well, so we always like working with each other. And don’t forget that she’s married.

Are you considering getting married soon?

Marriage is a good thing but I don’t have the intention of settling down anytime soon. I still have a lot of things to do and I’m working on a lot of projects at the moment. For now, it is just me and my music.  I will keep releasing good music for my fans. I’m also looking towards having some international collaboration; within Africa and outside the continent. I believe that marriage will come at the right time when I’m ready.

Since marriage is not in the books for you anytime soon, what’s your relationship with your baby mama?

I have a very fantastic relationship with my son and his mother. However, I wouldn’t want to say much about that if you don’t mind.

You once said you love being around ladies, are you a womaniser?

No, I am not. What I meant was that I love being in the company of women and I draw a lot of inspiration from them. It doesn’t mean there has to be anything untoward between us. And if you notice, most of my songs are about females.

Which artistes would you like to work with on the international scene?

The list is quite long. But I’ll love to feature Nicki Minaj, Neyo, Rick Ross, Chris Brown, Kelly Rowland, among others.

Which would you regard as your biggest song till date and why?

My Body is my biggest song so far. It gained international acceptance and people relate to it more than my other songs. It has also amassed a lot of views and downloads online. Oluchi is another big song of mine.

Which of your songs was most memorable for you to record?

The process of writing all my songs are memorable and I can remember all the details of each song. However, Oluchi, stands out.

Apart from Nigeria, where do you have the most fans?

I have a lot of fans in Uganda. They love me and they appreciate my work over there. I always enjoy myself wherever I go to perform and they usually welcome me with loud receptions. I get a lot of love all over the world.

Do you sometimes feel like you’re underrated in the music industry?

I don’t feel that way. We all cannot shine in the same way and I am not envious of anybody. My songs are doing well out there and I have lots of fans who appreciate and patronise my music. I also get to perform at big concerts within and outside the country, so I’m not complaining. Believe me, I have come a long way in the industry and I’m happy with where I am now. I still have a long way to go and every step of the journey to the top is important to me.

Can you name some of your influences in music?

I have a lot of love for 2face. I also like Kevin Little, R. Kelly, Akon and P-Square.

Some people feel you could be too flamboyant at times?

I don’t understand what you mean by flamboyance. But the music business requires a lot of show-off. It is what the fans love and we have to give it to them. I am yet to see musicians in any part of the world who are not extravagant. It is called showbiz for a reason.

What personal qualities have helped you in your career thus far?

I try not to get carried away by the things around me and I remain true to myself. It also pays to be hardworking, dedicated, committed, focused and determined. But most importantly, it has been by the grace of God.

Do you consider yourself a fashionable person?

All I know is that I don’t follow trends. I prefer to wear what I’m comfortable in and I love being simple.

I play video games a lot and I also hang out with friends. I work out too. 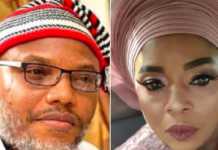 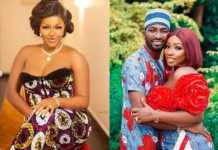