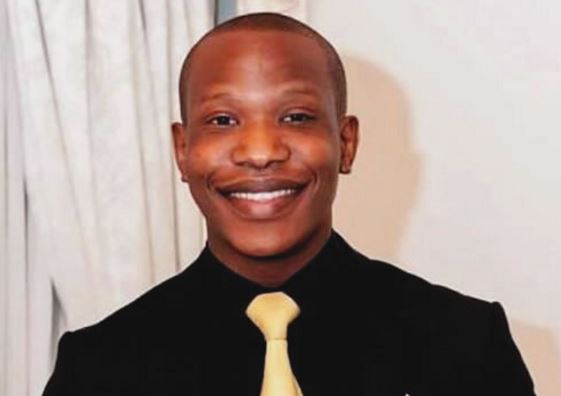 Dami Olatunde, aka Aphricanape is a social media personality residing in the United States of America. With over 300,000 followers on Instagram alone, Aphricanape has quite become a sensation online. He speaks with Angel George

How do you come up with your comedy skit?

I get ideas from everyone, everything, and everywhere, because humour can be found in the most mundane things. Someone around me may say something basic, but my brain automatically converts it into some type of comedy. It’s like my brain refuses to give me a break; always working over-time, trying to convert every little thing into comedy, even when certain things happen to me in life. For example, I recently checked into a hotel and to my surprise, the room I was assigned was untidy. I guess they mistakenly put me in the wrong room. I went to inform them of this, and they upgraded my room as compensation. My brain whispered to me and said would they do that in Nigeria? From that experience, a skit was born.

You have so many followers on your social media platform, how did you come about that?

It is a case of pure hard work and consistency. I’ve been making videos since 2013, and at the very early stage, I put out content pretty much every day. Sometimes I’d post three to five videos in a day. I figured the more content I put out, the more my fan base would grow, and that was the trick that worked for me.

Did you open your social media accounts with the aim of becoming popular? What was the reason?

I opened my accounts with no intentions whatsoever of being popular. I just opened them to interact with the rest of the world as a regular person, just like everyone else. The comedy and fame just happened to locate me over time.

Did you ever imagine you would be this popular when you were creating your social media accounts?

No, I never imagined that I would be this popular. Not in my wildest dreams did I ever see any of this coming.

Have you ever considered deleting or quitting your social media accounts at any time?

Ah! No. Though it hasn’t always been rosy, but deleting my accounts was never really an option for me. Even if I don’t get to post anything, I still want to keep up with what my friends are up to on social media.

Do you believe that your contribution on social media has made any impact?

Based on the messages I get from my supporters on daily basis, I would say I have made impacts. People are going through a lot in life, and they send me message every day, thanking me for my videos which have put endless smiles on their faces, and given them strength to carry on and keep pushing. Some say the first thing they do when they wake up is to go to my page and watch my videos.

How do you react to negative feedback from the public over your posts?

Over time, I’ve learned to develop a thick skin because I realise you can’t always just have the good. You need some negative feedback to appreciate the positive ones. When I get those negative comments, my reaction usually depends on my mood. If I happen to be in a good mood, the person is lucky as I would typically just ignore the comment. But if I’m in a bad mood, they’re getting blocked with immediate effect.

How do you deal with naughty advances from female admirers?

The Lord is my Shepherd, He protects me from “ayamatanga” aka the spirit women!

Has your presence on social media opened doors for you?

Absolutely! It has taken me around the world; delivering laughter to people live on stage. It has enabled me build relationships with international celebrities that have opened some doors for me. I was recently featured on worldwide BBC Trending, which was quite exciting for me.

Have you ever wished you were as popular in real life as you were on the internet?

I like to believe that the fame I have on the internet applies in real life as well because people pay their hard-earned money to come see my shows. They also book me for all kinds of events all over the world and I almost can’t go anywhere without several people recognising and showing me love in real life. So that must count for something I believe. Ultimately, I honestly just want to be more successful, I can care less about the fame.

What else do you use your social media accounts for other than posting comedy skits?

I believe in helping people, so every now and then I give upcoming talents a spotlight on my page by posting their content and introducing the world to them, and this has helped several talented people to get discovered.

Are you more popular in Nigeria or abroad? Which country do you have the highest fan base?

My biggest fan base is in the United States, which is where I reside. However, I have lots of fans in Nigeria as well, and a lot of other countries.

Can you share some weird experiences you must have encountered online?

The weirdest thing I’ve encountered online is, when someone completely misconstrues or misinterprets a video I made and they bring up a very strange accusation which has no relationship with the video. I just sit and stare like how did you get “that message” from this video?

Which of your social media platforms do you have the strongest presence?

Instagram is my biggest platform being that I have almost 420k followers, and Facebook is second with almost 200K.

How much does it cost you to upload your skits online?

There’s no direct financial cost with uploading a skit. It does cost me manpower though.

How did it all begin for you?

Instagram originally used to be only for pictures, but sometime in 2013, they opened the platform to include videos. I gave it a shot with my first video, which people loved. Then I did a second video and got the same response. And the rest, they say, is history.

Were you ever frustrated at any point?

Absolutely! Just like with everything else in life, you’ll get to certain points and realise that things aren’t the way you planned them to be in your head, and that could be quite frustrating, but you just have to keep pushing.

Why does your skit border on African parents?

My skits touch a lot more than just African parents, but those ones are usually the most relatable skits being that a lot of our parents do the same thing. It almost seems like they all attended the same class of African Parenting.

How do your parents react when they watch some of your skits?

They love them. I’ve been blessed to have parents that have always supported since day one. And I actually got a lot of the funny genes from both of them because my parents are very funny. My dad used to MC his friends’ weddings back in the day just as a hobby, which is part of how I make ends meet today.

Have you been able to make money or bag endorsements because of your social media presence?

By the Grace of God, I’m a full-time comedian today, and social media definitely played a very vital role in making that happen.

Which of your posts would you say shot you into limelight?

For me, it’s been a bunch of skits, not just one in particular. However, there have been several that went viral, like “would you slap me for $10m”, “African mother’s reaction to Beyoncé’s pregnancy”, etc.

How often do you encounter your followers in reality?

On daily basis. Everywhere I go, I meet them. Even the TSA agents at airports have often identified themselves as fans of mine. And they’re usually Americans, so it warms my heart to see that my comedy touches more than just Africans.

Have any of your posts landed you in trouble?

No trouble yet, and I hope it stays that way.

Do you think social media is a viable way for youths to earn a living in Nigeria?

Honestly in 2017, it’s quite possible! There are full-time comedians, bloggers, vloggers, etc. that have been able to secure a career from their social media platforms and the opportunities that have opened from there. However, this is not in any way a safe option. The truth is that most people won’t make it on social media, so it’s not a safe gamble to throw everything away to pursue a career on social media. Basically what I’m trying to say is that it should not be anyone’s plan A.