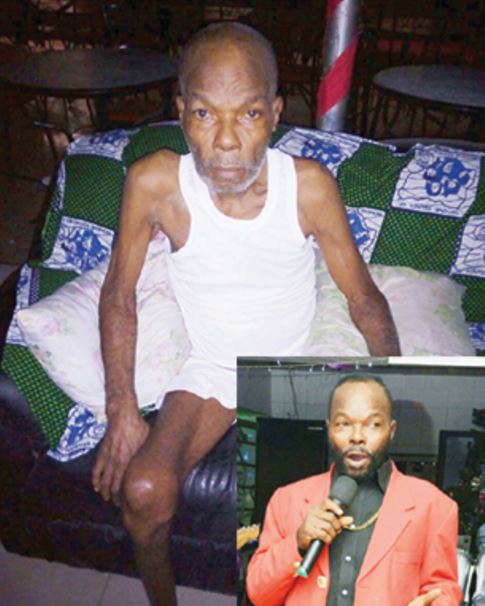 Governor, Performing Musician Association of Nigeria, PMAN, Delta State chapter, Evangelist Comrade Quincy Uruemuesiri Tebite aka Tisio. Tisio has revealed how veteran musician, Tony Grey pleaded with him to take him to the Synagogue Church of All Nations during his ailment.

According to him, “While he was sick, he told me in confidence and he even made it open that he would have love me to take him to Synagogue Church of All Nations to meet with Senior Prophet T.B Joshua.
“I told him that the process of travelling here and there and as at then he was still walking and I told him that it would take a lot, so he should be prepared.”

Tisio was responding to questions on the role PMAN, association that was founded by the late Tony Grey, played during the late musician’s sickness.

He said the music veteran was abandoned by the state government, who ignored his several approach to get the needed help in order to fly Grey abroad for treatment.
He added, “I met the governor at the Owhorode of Olomu centenary celebration at Olomu and I spoke with him one on one and it was there I made it known to him that his friend Tony Grey was ill.

“He shouted and asked me to tell him the type of sickness and I told him and he said okay, I should send a text to him.

“He asked me if I had his number and I said no, he then directed his ADC to give me his contact, after that I sent the text as requested and in my phone, it showed delivered but I don’t know if he received it because he never replied.
“I also wrote a formal letter with pictures of General Tony Grey.

“I went to the Commissioner of Culture and Tourism and he advised that such letter should go to the governor directly.

“In one of the governor’s visits to Warri on inspection, I was able to meet with the Director of Protocols and the President was also able to reach out to the governor whom he gave an appointment to see him.

“The President beckoned on me to come with him but unfortunately on getting to the Government House, I was not allowed to see the governor because the appointment was for the President to see him alone but the privilege I have then was for me to drop the letter with the Director of Protocols which I did.”

He said a response to the letter came two days before the veteran musician died, adding that his family were still owning the local hospital N2 million.