Home Trending Parading me before journalists at the Lagos police command without a court...
Facebook
Twitter
WhatsApp 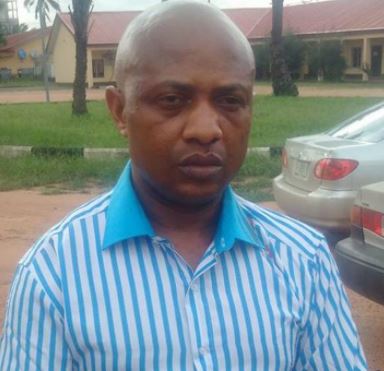 According to reports, Justice Abdulaziz Anka dismissed the objections of Emmanuel Eze, the counsel for the third and fourth respondent and agreed with Counsel to Evans, Olukoya Ogungbeje that service on the Ist and 2nd respondent had been properly effected.

The first and second respondents in the suit are the Inspector General of Police, the Nigeria Police Force while the other respondents are the Lagos State Police Commissioner and the Special Anti Robbery Squad, SARS.

In the application, the suspected Kidnapper, ‘Evans’ is challenging his continued detention since June 10, 2017 without arraignment.  He claims that his parade on June 11, 2017 before journalists at the Lagos police command headquarters in Ikeja, without a court order, is unconstitutional and illegal.

Evan wants the court to award him N300m as exemplary damages for his alleged illegal detention and the alleged harm caused by his media trial.  He has also asked the court to order the police authorities to immediately arraign him before a law court, or release him from custody.

In his ruling, Justice Anka also held that leave was not required for the matter to be heard during vacation as Order 4 Rule 5 of the Fundamental Rights Enforcement Procedure Rules of 2009, enjoins the court to pursue speed and justice on issues of fundamental human rights.