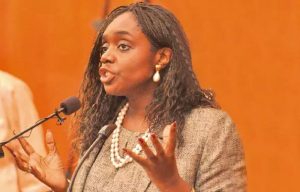 The Federal Government has backed the decision of the Economic Community of West African States (ECOWAS) position to increase the tariffs on tobacco products.

This was confirmed by the Minister of Finance, Mrs. Adeosun, who was represented by the ministry’s Permanent Secretary, Mahmoud Dutse, said government was currently putting in place policies to increase excise tax on tobacco, alcohol and other products.

She added that the review was in line with ECOWAS draft regulation on harmonisation of excise taxes on tobacco.

She explained that “one of the techniques used by governments all over the world is to tax products that are either consumed particularly when you want to do progressive taxation, or products that are hazardous to health and increase health spending.

“It is a twin objective; to raise revenue and decrease tobacco consumption.

“In this regard, the use of modern techniques and tools of production controls such as tax stamps or special package markings in the context of the track-and-trace system, which is a global best practice, are being considered.

“The harmonisation of laws establishing a system for tracing, tracking and tax verification of manufactured or imported tobacco products in ECOWAS member states is a welcome development for Nigeria.”

Mrs. Adeosun said it was important for member states to put in place effective track-and-trace systems to eliminate illicit trade.

She noted that “without effective track-and-trace system, illicit trade will undermine trade and tax measures and will have serious adverse effects on public health in West Africa.

“Nigeria supports the ECOWAS directives of VAT exemptions on basic food items in their raw states, medicaments and pharmaceutical products.”

She expressed government’s support for ECOWAS Customs Codes, adding that it was part of efforts to enhance the implementation of common tariff and promote common market for West Africa.