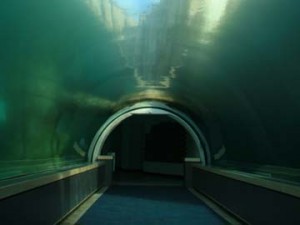 Some Kenyan robbers spent months building a tunnel into the bowels of a bank located opposite a police station and stole equivalent of half a million dollars, according to reports on Tuesday.

Police said they had arrested two men and one woman over the robbery but had not recovered the 50 million Kenyan shillings, reported missing by staff at the branch of Kenya Commercial Bank (KCB) on Monday when they showed up to work.

“We have not recovered the stolen money,” said Simba Willy, sub-county police commander in the town of Thika, northeast of Nairobi, where the heist took place.

“We suspect the robbers hired one of the shops near the bank (while digging their tunnel),” Willy said.

The robbers were able to remove the earth during their months-long excavations without arousing suspicion by concealing it in boxes, the Daily Nation newspaper quoted local traders as saying.

The traders described the two young men who had rented the store as “very hardworking” and “introverts”.

KCB, which is the region’s biggest bank by assets, confirmed the break-in on Twitter.

Kenyans have competition for the title of most ingenious robbery.

In October Brazilian police foiled a plot to rob a Sao Paulo bank after discovering a 500-metre underground tunnel kitted out with lighting and ventilation systems.