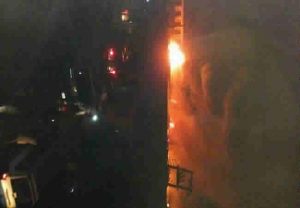 The Lagos State workers have been urged by Governor Akinwunmi Ambode to  must be in the right frame of mind to implement his vision of transforming the state into a smart city.

He said counselling workers would not only make them to feel relevant, but would also boost their productivity in the civil service.

The governor spoke at a two-day seminar with the theme, ‘Human Resources Counselling and its Valuable Benefits for Officers of the Lagos State Civil Service,’ in Ikeja.

Ambode, who was represented by the Commissioner for Establishments, Training and Pensions, Dr Benson Oke, said, “Right and consistent counselling can increase the productivity of the people in an organisation. Counselling is about understanding people emotionally. Emotional intelligence involves using empathy effectively to empower and engage employees.

The governor said he believed that counselling would help in nurturing the workers to become future leaders, saying government needed to be strategic about the future of Lagos.

The governor assured the participants that the facilitators would devote time and attention to empowering them to design and implement strategies to build career paths and rewards that would encourage a long-term commitment to the Lagos Civil Service.