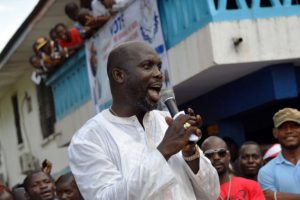 The Liberia Electoral Commission has announced December 26, 2017 as a date for its presidential run-off, this was announced by the electoral commission chief.

Former soccer star George Weah faces Vice President Joseph Boakai in the poll that was held up for several weeks by a court challenge by the candidate who came third in round one.

The winner replaces Ellen Johnson-Sirleaf as president in what will be, if it goes smoothly, Liberia’s first peaceful handover of power in 70 years.

The Supreme Court on December 7, dismissed a complaint from third-place finisher Charles Brumskine’s Liberty Party, which had said fraud had undermined the first round in October.

Liberians are eager for change after Nobel Peace Prize winning Johnson-Sirleaf’s 12-year rule, which sealed a lasting peace in a country that for decades had only known war, but which has failed to tackle corruption or much improve the lot of the poorest.