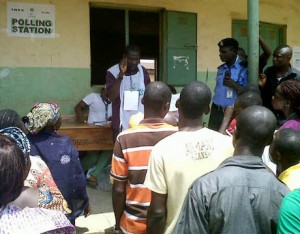 According to a statement issued on Sunday by the Akwa Ibom State Independent Electoral Commission, AKISIEC, the party also won all the 329 councillorship seats in the state.

The statement was signed by the chairman of the election commission, Aniedi Ikoiwak.

“This statement confirms the announcement/declarations made by the authorised Returning Officers in various Wards and Local Government Areas,” the statement said.

The commission said 12 political parties contested the elections. It didn’t, however, give a breakdown of the votes scored by the parties and their candidates.

“Details of scores submitted by our Field Officers will be made available by the Field Operations/Logistics Department of the Commission,” the statement said.

The commission asked the winners to collect their certificates of return at its headquarters in Uyo on Monday.

PREMIUM TIMES reported how the main opposition All Progressives Congress, APC, earlier rejected the election which it said was tainted by allegations of widespread violence and ballot-snatching.