“I Am Lesbian, Not Because I Wasn’t D*icked Down, But Simply Because I Am Attracted To Women”- Young Lady Reveals 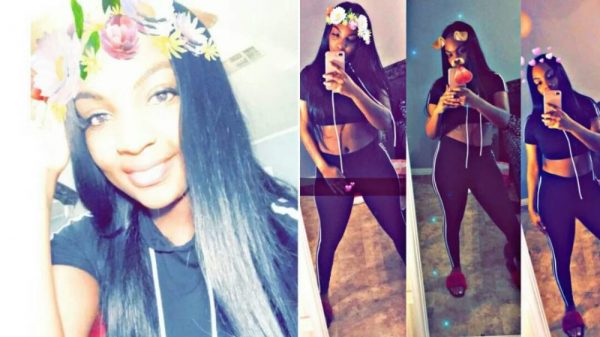 A Beautiful lady identified as Keke has taken to Twitter to give a shocking reason as to why she prefers other ladies than men.

Some ladies who are lesbians often times say they were heartbroken several times by men, or sexually violated by men, hence their reason to settle with fellow women.

However, for Keke, it is a different reason entirely.

Tweeting via her handle @Gay_loveeee She wrote; 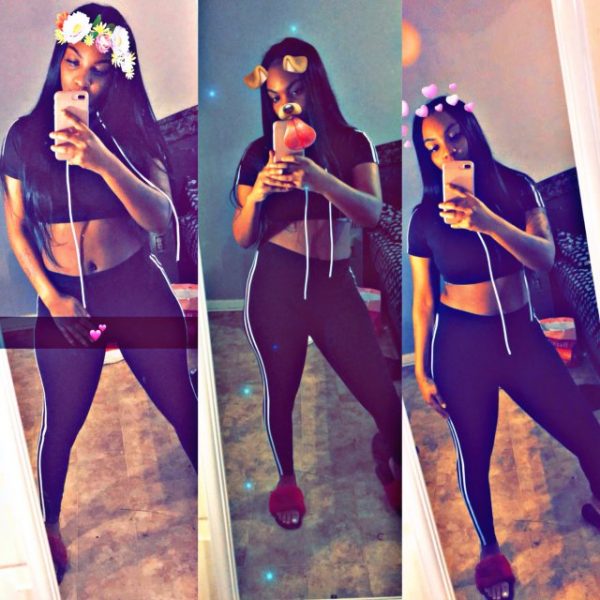 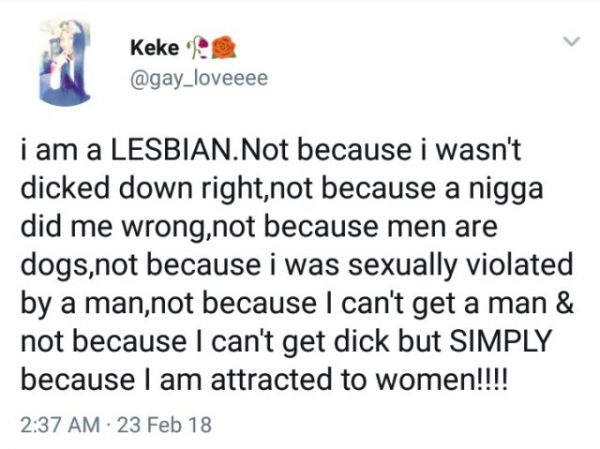