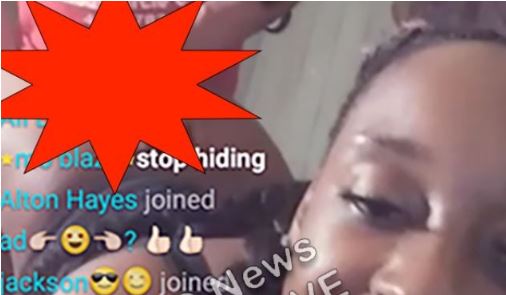 A Louisiana man has been arrested and charged with second-degree murder after he shot and killed his girlfriend’s side dude.

The suspect, 27-year-old Fredrick Franklin Jr, is said have caught his girlfriend live streaming herself and her alleged side dude having sex at her home in Lake Charles on Thursday morning.

He confronted the side dude at once and then shot him at a close range, which was also captured in the video.

The victim, 43-year-old Charles Ray Henry was transported by ambulance to a local hospital, where he later died.

Confirming the incident, Lake Charles police said they arrested a man in connection with the fatal shooting in Lake Charles Thursday morning.

According to a spokesman with the Lake Charles Police Department, at 5:22 p.m., officers located 27-year-old Fredrick Franklin, Jr., of Lake Charles, near the intersection of Hwy. 14 and 10th Street after receiving a call about suspected suspicious activity in the area,

The authorities said Franklin was arrested without incident.

During the investigation, officials say they learned that Charles Ray Henry, of Lake Charles, was injured during the shooting. He was taken to the hospital where he later died of his injuries.

Franklin has been charged with a second-degree murder.