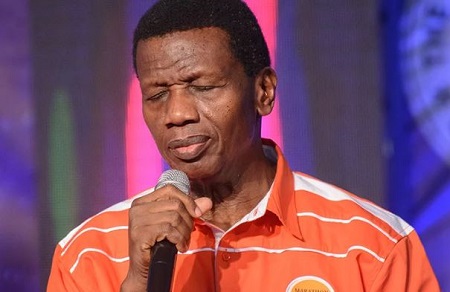 The General Overseer of the Redeemed Christian Church of God, RCCG, Pastor Enoch Adeboye has fried back at critics.

According to Daily Post, the pastor spoke while addressing the ministers and workers of RCCG at the ongoing Northern Conference at the RCCG camp, in Jos on Saturday.

Adeboye said those attacking him were actually attacking the congregants of RCCG worldwide and by extension the Christians.

His words: “You are aware that some people spends their time attacking me, particularly in the internet.”

“Those attacking me are actually attacking you, but be rest assured, they would soon be sent out of this country.

“The Bible said, when you strike a Shepherd, the sheep shall scatter.”

The clergy lamented that he has severally been accused of not preaching salvation, adding that critics have also been faulting miracles that happened at camps.

This year’s conference, titled: “Let the fire fall”, is an annual event that started on Friday.

The auditorium was overcrowded with the church faithful from the 19 northern states.