Afeez Abiodun is known for his tribal marks. While some might argue that he would have been more handsome without them, the actor disagreed.

He told Saturday Beats that he had to face reality and accept what his parents created on his face. 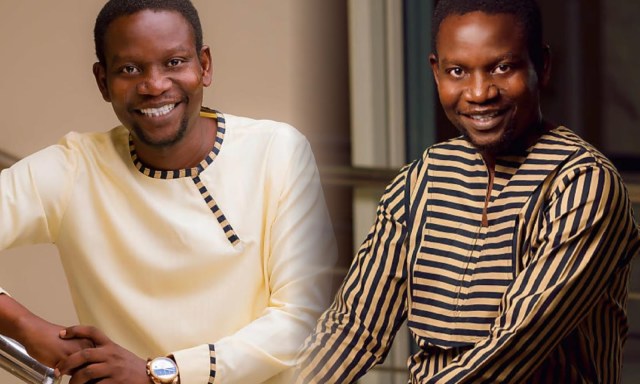 He opened up that he initially disliked the marks as a young boy and went to the extent of using sandpaper to get rid of them all to no avail simply because he was always taunted by bus conductors.

Owo added that he would never allow anyone inflict such scars on the face of his children.

“I am very comfortable with my tribal marks now and if anything ever wipes them off my face, I would feel bare or naked and my fans would not recognize me.

“While I was growing up in Surulere, there were a lot of times I was teased by people because of my tribal marks.

“They abused me so much but I did not care; today my tribal mark is my trademark.

“There was a time people teased me so much that I attempted to use sandpaper to wipe them off especially when bus conductors insulted me about it.

“They always picked on me and called me various names but I thank God for who I am today.

“I am also glad I did not get rid of the tribal marks. There is no insult anyone can dish out to me over my tribal marks that would hurt my feelings.

The thespian went down memory lane with Saturday Beats as he spoke about how his parents did not support his career and he had to sponsor his education when he was in primary school.

“When I started my acting career, it was rough and tough. The first challenge I faced was from my parents who felt I did not know what I was doing with my life.

“I lived with them in Oyo State and they felt that I ought to go to school to study.

“They weren’t pleased with me, so they backed off and I had to finance my education from Primary 5 till I got to Form 5.

“When I got to Lagos, I had to fend for myself as well. I got a little place on Randle Avenue, Surulere and whenever I was going for rehearsals, I trekked from my house in Surulere to Saka Tinubu, Victoria Island.

“I never knew that I would become someone in life. I just went with hope and I had it in mind that if I passed out while trekking either to the venue or back home, then so be it.

“I got a breakthrough in 1998 and two years later, I produced my first movie,” Afeez Owo said.