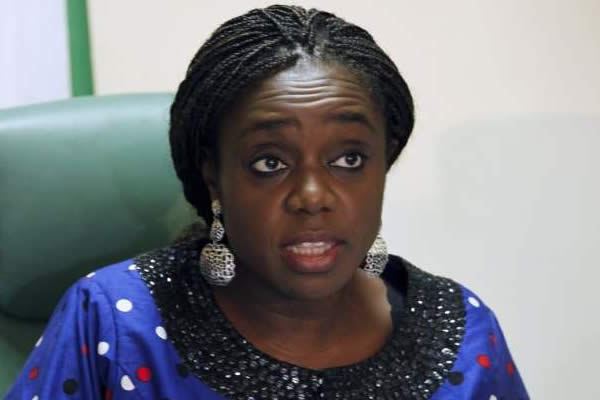 This is as the party called for her prosecution for allegedly using a forged National Youth Service Corps (NYSC) certificate to land the job.

The party’s position was conveyed in a statement signed by its National Publicity Secretary, Kola Ologbondiyan and made available to the media on Saturday.

Recall that Adeosun resigned her position and was immediately replaced by Zainab Ahmed, the Minister of State for Budget and National Planning on Friday.

The Peoples Democratic Party (PDP) notes the resignation of Mrs. Kemi Adeosun from office as Minister of Finance, but insists on her immediate arrest and prosecution for deserting national service and forging her National Youth Service Corps (NYSC) Exemption Certificate in addition to alleged impropriety and abuse of office as minister.

The party invites Nigerians to note that President Muhammadu Buhari, whose administration has become notorious for shielding its many fraudulent and corrupt officials, could not summon the rectitude to sack Mrs. Adeosun, adding that she would have still been in office, if not for the sustained uproar by Nigerians and international creditors.

Our investigations reveal that the Federal Government, which earlier made efforts to defend Mrs. Adeosun, has already perfected a plot to help her to evade prosecution following fears that she could open up on the humongous corruption going on in the financial sector under the Buhari administration.

Furthermore, we are also aware that President Buhari was not by any measure prepared to drop her from his cabinet but for the demand by those responsible for her appointment, who protested her continued stay in office, although for their own selfish gains. A case of corruption fighting back!

The PDP therefore demands an immediate open inquest into the records of the Finance Ministry under Mrs. Adeosun, to unravel all improprieties by the Buhari Presidency cabal, including alleged diversion of oil proceeds, fraudulent oil subsidy deals, leading to high fuel price; depletion of our foreign reserves, embezzling of funds retuned by Switzerland and other huge sleazes in the ministry.

The party also insists that President Buhari must be held responsible for all infractions in the finance ministry under Adeosun, as he appointed and retained her despite having information on the certificate forgery; a situation that confirms the decadence and lack of due diligence in the Buhari Presidency.

Nigerians already know that the Buhari Presidency is a citadel of iniquity with inherent proficiency in stealing, forgery and manipulation of processes. This perhaps explains why President Buhari has not relieved his Special Assistant on Prosecution and Chairman of the Special Investigative Panel for the Recovery of Public Property, Chief Okoi Obono-Obla of his appointment in spite of the West African Examination Council (WAEC) confirmation that he forged his Secondary School Certificate.

Is it not clear to all that the Buhari administration’s so-called anti-corruption war and purported integrity are mere orchestrations to hoodwink Nigerians and the international community, while Mr. President oversees the most corrupt administration in the history of our nation?