An alleged incriminating chat between a married Covenant University registrar, Dr. Olumuyiwa A. Oludayo and a female student has been leaked.

The chat is leaked as the school trends on social media over alleged student victimization. @PrimeKaka_ who shared the chat between the married Covenant University registrar and the female student, wrote; 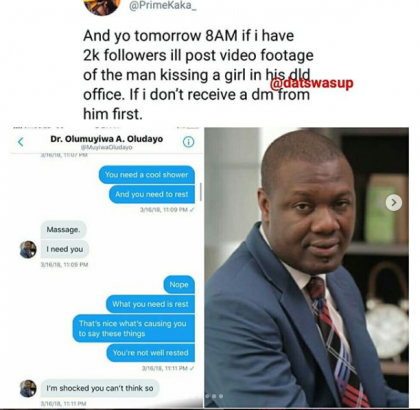 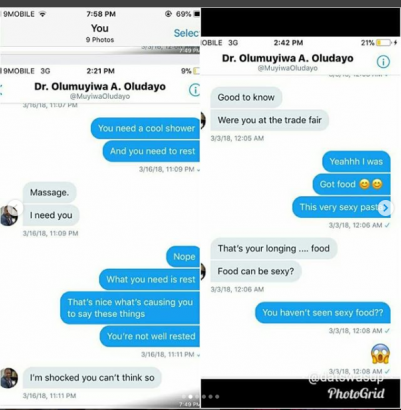 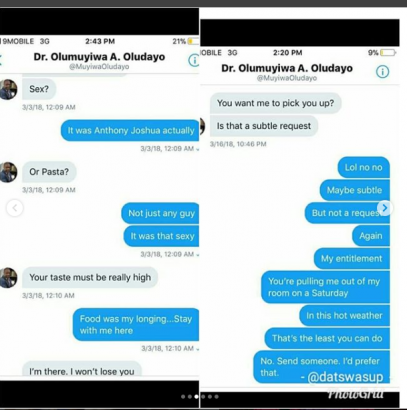 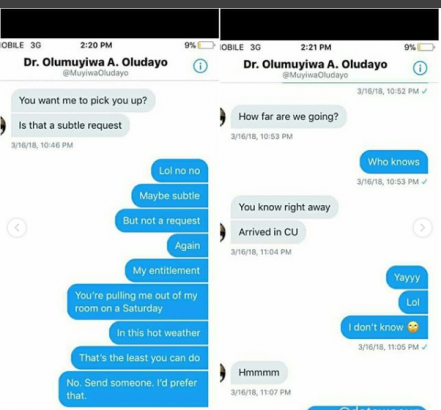 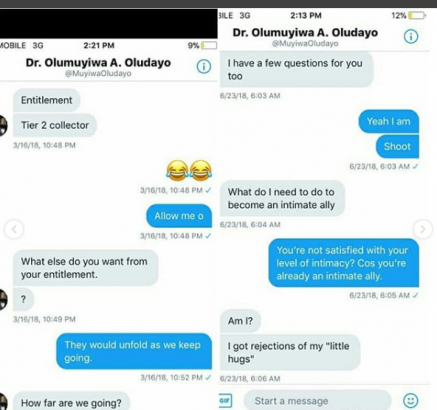 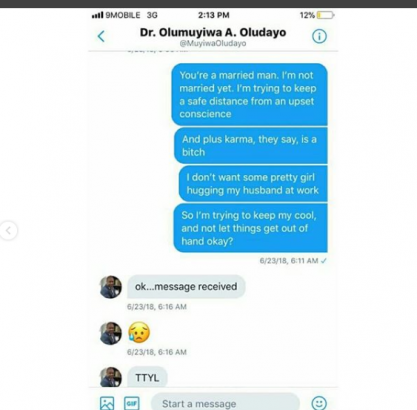 This is coming after we reported that a student of Covenant Univeristy, Ota, who was framed up and expelled after spending 5 years in school, won his court case against the institution. The student identified as Adooh Emmanuel took the institution to court and won, well, he didn’t stop at that as he went on to expose a lot of things about the university.

In a Twitter thread which has now been taken down, the vindicated student revealed that he was expelled after he was done writing his final exams and his project. That’s after spending 5 years in the institution.

Here are reactions on Twitter to the court case;

Adooh Emmanuel’s case vs Covenant University is another reason why rushing to call people names without facts/evidence should end with you. Imagine all the people who wrongly judged him. I’m glad he got justice. And to Mr Registrar & the school management, You should be ashamed.

Also @MuyiwaOludayo has to be the most dishonest person in the history of covenant university.

You sir are a cancer to that institution.

An accomplished cheat and manipulator

Covenant University graduates are exposing the atrocities of their lecturers and members of non academic staff on the TL.

You see the deep shits about Nigeria is either in a religious settings or not, we aren’t in anyway better.

You go to public uni, na hell, same with private

Reading that guy’s story. It feels so real!!!

Maybe I should tell the story of how I got suspended too.

It doesn’t matter now that I’ve risen above it but Covenant University threw me into the lowest point of my life for something that wasn’t my fault.