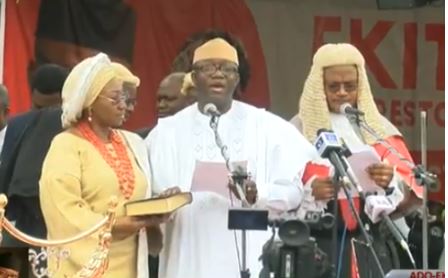 A former Minister of Solid Minerals, Kayode Fayemi, has been sworn-in as the new Governor of Ekiti State.
His inauguration took place in Ado-Ekiti, the state capital, on Tuesday. 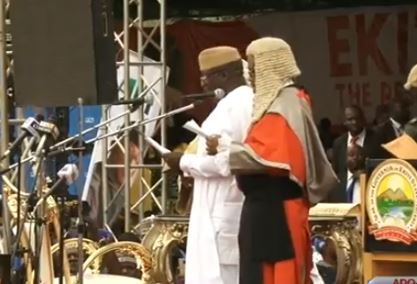 Fayemi, a member of the All Progressives Congress, APC, had emerged winner of the keenly contested governorship election in July.
The former Minister had defeated his challenger, Olusola Eleka of the Peoples Democratic Party, PDP, to emerge governor for the second time.
Fayemi took his oath of office in the presence of party members and supporters.
AdvertisementClick Here To Join The 10,000 Naira Giveaway For 100 People!