Home News Feed My husband is not a thief and would never steal if elected...
Facebook
Twitter
WhatsApp 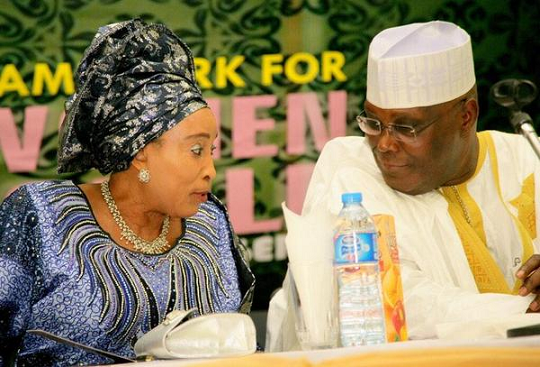 Hajiya Titi Abubakar, wife of PDP presidential candidate, Atiku Abubakar, has stated that her husband is not a thief and corrupt as some quarters are trying to paint him.

According to her, the corruption allegations being peddled against her husband is politically motivated.

She also stated that Atiku is rich and contented and is never in the presidential race to steal money.

“He only joined the presidential race to give back to the society that had given him so much.

“Atiku Abubakar lost his father at a very tender age and was raised by his mother with lots of challenges as she had to sell her wrappers to see him through school and raise him to be what he is today.

“Because of the challenges he passes through in life as a youth and the challenges encounter by his mother when raising him he developed soft spot and likeness for women and youths.

“That is why he has promised forty percent of his cabinet position for women and youth if he emerges as Nigeria’s president in 2019,” she said.