Home Politics Charly Boy backpedals, says its laughable for anyone to think, he got...
Facebook
Twitter
WhatsApp 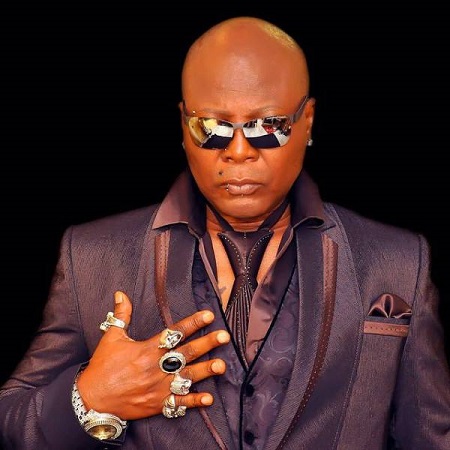 Charles Oputa popularly known as Charly Boy has denied collecting money from President Muhammadu Buhari’s campaign organization, just after he had revealed in a video, that he did.

The popular Area fada in an interview earlier in, had revealed that he received up to 9-figure from Festus Keyamo, spokesperson of the president’s campaign organization, for his work.

However, in a shocking U-turn, the veteran musician said there’s no way he could have received money from Keyamo over a song, where he abused both the All Progressives Congress, APC and the Peoples Democratic Party, PDP.

Deji Adeyanju, a co-convener had accused Charly Boy of compromising by accepting bribe from the ruling party, while he was in prison for over 60 days – And released an audio confession to the effect.

Meanwhile, after Charly Boy had initially agreed that the received at least N100 million from APC through Keyemo for his song to slander Atiku Abubakar, PDP’s presidential candidate – Keyamo came up on Twitter to debunk the claims.

“I’ve been having some good laugh. Whoever thinks that I would pay a penny for a song by @Areafada1 that disses both the APC and PDP must have his/her head examined.”

“If the quarrelling parties want to hurt their egos by bandying phantom figures, they should let me out of it.”

Charly Boy has now come forth to say he received no money from Keyamo,  and it is “laughable” for anyone to think so.

“For someone to believe that I collected money in nine digits from a politician for a video clip is laughable, because even if I am Davido or Wizkid, who will pay me such amount.

“Some persons are bent on denting the brand that I have built over the years, but I am not deterred because the struggle for a better Nigeria must continue, and my mouth cannot be shut.”

And that he only admitted initially “to play along and understand Adeyanju, who’s like a son to him, will believe the rumours”.