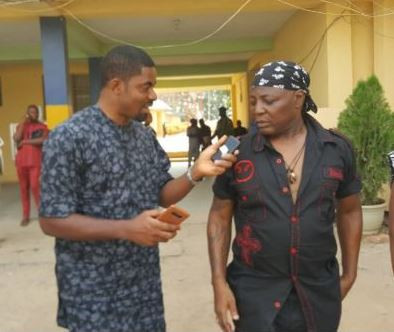 A few days ago, Deji Adeyanju, a human rights activist tendered his resignation to the ‘Our Mumu Don Do’ coalition, with claims that his partner media personality Charles Oputa, aka Charly Boy, had betrayed him.

Adeyanju added that the betrayal came during the time he was locked up for 78 days.

Charly Boy has now reacted to the allegations levelled against him via a statement released today.

‘the management of the Omudodu Youths Foundation officially acknowledges the resignation notice by Mr. Deji Adejanju circulated on social media on Wednesday March 13, 2019′.

‘On the loss of confidence in the Chairman and Convener of Our Mumu Don Do Movement, Mr Charles Oputa (Charly Boy), cited by Mr. Adeyanju as his reason for exiting the Organization, we will be willing to review evidence to back these allegations and seek redress if substantiated’. 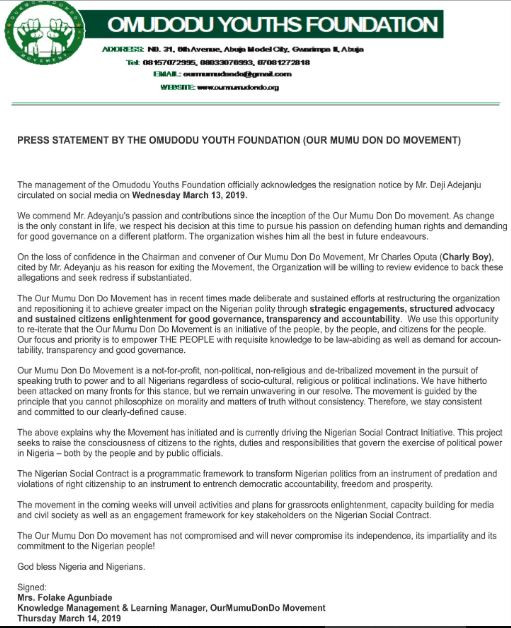