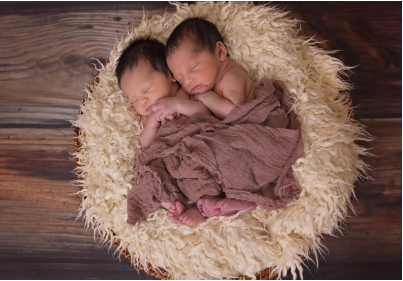 It is possible for twins from a mother to have different fathers. This is a phenomenon called superfecundation. It happens when two of a woman’s eggs are fertilized by sperm from two different men.

Imagine this scenario when a set of twins look almost completely different. One has wavy hair and the other with straight hair. After a DNA test to confirm the paternity of the children, the result comes out that they have different fathers. You might call it awkward but it can happen.

Superfecundation is the fertilization of two ova by sperm from separate acts of sexual intercourse. This can result in twin babies from two separate biological fathers. Superfecundation is derived from the word “fecund” which means the ability to produce offspring.

How Does It Happen

Superfecundation usually occurs within hours or even days after the first fertilization. These ova are released in the same cycle. Although the time window for eggs to be fertilized is limited, sperm cells remain viable inside a female for three days. After ovulation has happened, the egg will still remain viable for 12–48 hours before disintegration begins. Therefore, the fertile period can span five to seven days.

During pregnancy, ovulation is usually suspended to prevent further ova from being fertilized. It also helps to increase the chances of a full-term pregnancy. So, if an egg is released after the pregnancy is successful, then there is a chance of a second pregnancy occurs. It will have a different stage of development. This is known as superfetation.

If a woman has sex with more than one partner at the same time, if she has twins, it is very possible that she has twins with different fathers.

Cases That Have Happened

Instances of heteropaternal superfecundation are rare. There are about 10 recorded cases in Kendall medical literature.  The first was in 1810. In most cases, one of the twins was white and the other was dark-skinned. This aroused suspicion when both parents are from white European backgrounds. One of the most recent cases was that of a set of twins in Vietnam. In this instance, DNA paternity testing made it easy to know that the boys have different fathers.

Another similar case of heteropaternal superfecundation popped up in May 2015 in New Jersey. It made a piece of popular news when the court ruled that the father should be exempted from paying the second twin child support.  DNA showed that the second twin has a different father. 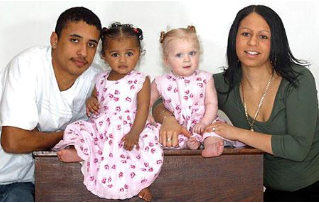 The mother gave birth to twin girls and said a man is the father of the girls. After DNA test was done, she admitted that she had sex with another man within a week of having had sex with the real partner. The results confirmed both men fathered each of the twins.

Are There Going To Be More Cases?

A study on heteropaternal superfecundation was done in 1992. The author of this study recognized that the increasing popularity of fertility drugs could make these cases more prevalent. It was also suggested that increased promiscuity can also contribute to more cases. Although there are no data to support these theories yet, it is possible.

With the current inexpensive, super-accurate DNA testing, it’s now easy to determine if twins really have the same or different fathers. Physical look and traits alone are never a positive determinant of paternity. Parents with many children can attest to it that, children from the same parents may not look alike.

The only sure way to determine paternity is through a DNA paternity test. It will tell if twins have the same biological father.

Recorded cases of twins with different fathers remain few. Although, they are getting more common than they used to be. Note that a difference in looks and physique is not proof that the twins have different fathers. There are many times fraternal twins don’t share more DNA than regular sisters and brothers.