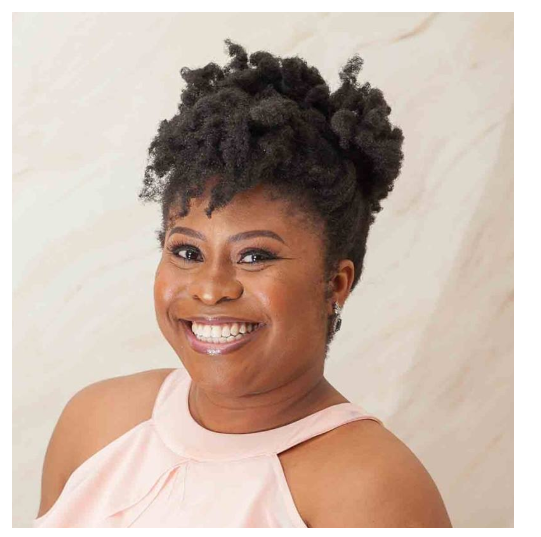 A Nigerian writer Eketi Edia Ette, has taken to Facebook to narrate how she resurrected her friend with her prayers.

According to Ette, the said friend passed on at 8 a.m. on Sunday and she was led by the spirit of God to pray for the friend before her corpse would be taken to the morgue.

The writer revealed she was doubtful but she obeyed and thus brought her friend back to life.

Read her story below;

This is a snippet of a far bigger story. But I feel the need to share for two reasons: be very careful what you ask of the Lord. Trust him—if he says it, He’ll do it. He always comes through.

Three weeks ago, I was a simple Christian girl, going about my business, loving the Lord. Then my friend became ill. I came here to ask you, mes amis, to pray for her. A couple or so days later, I returned to tell you she was dead.

What I didn’t tell you is that later, as I was crying and wailing, I asked the Lord to bring her back to life. Well, I was just asking. But He answered.

He said, “Command in the name of Jesus, that life be restored to her before she’s taken to the morgue.”

I was like, “Erm….Bros…nah. It’s not you that’s speaking. Someone is playing a prank on me.”

But then I thought to myself, well, there’s nothing to lose. Laslas, if no be God talk am, nothing go happen.

I had no idea that that was just the beginning.

It’s been three weeks of a roller-coaster ride with the Lord. There are days when I wish I’d never specifically told him that I wanted to know the God I read of in the Bible. That God, is scary
That God is so astounding, so unbelievable, that sometimes it feels like my mind is melting.

But that God is exciting! And amazing. And awesome. I’ve run out of adjectives to qualify him. Sometimes, He will frustrate you….but His will must be done and it always ends in praise.

There’s nothing like knowing God for yourself. Yahweh is real. He’s tangible. Now I understand, vividly so, why the apostles and disciples of old were beaten, tortured, killed and yet, they wouldn’t let go of Yahweh. You just can’t let go after you’ve tasted him in this way.
He’s…lit!

Anyway, that’s part of my testimony. The rest, you will definitely get to hear someday. In the meantime, if you’re not serious, avoid the following songs:

P/S
People who don’t have Jesus Christ in their lives….how are they doing it? Kai! 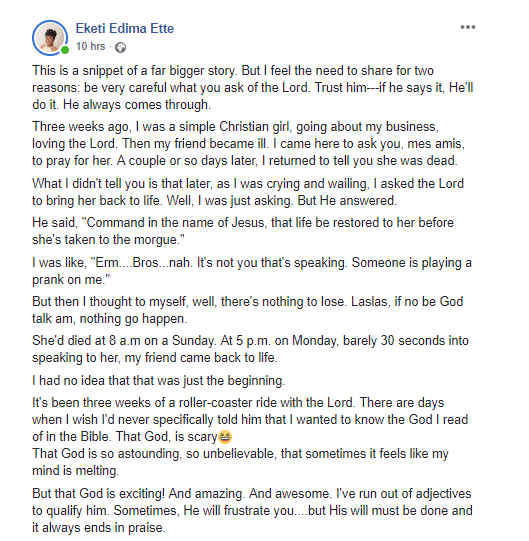 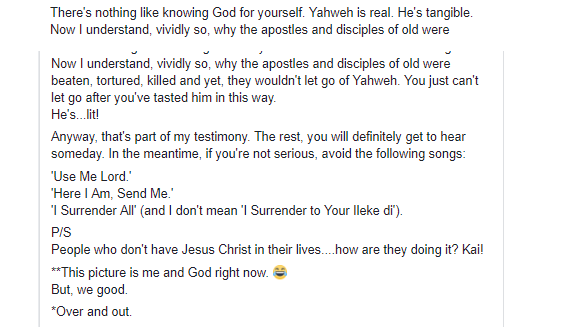