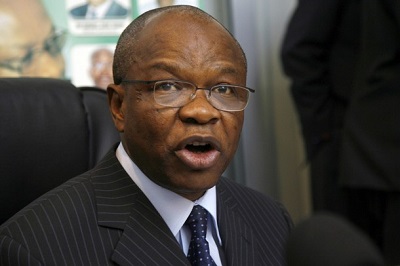 Professor Mahmooh Yakubu has overtaken Professor Maurice Iwu as the worst chairman of the Independent National Electoral Commission, INEC in Nigeria’s history, according to many Nigerians on social media.

Prof Iwu, who was the INEC chairman during former President Olusegun Obasanjo’s first term had been earlier awarded the medal of the one who conducted the most terrible elections in Nigeria – However, a latest survey has put Prof Yakubu ahead of him.

With the spate of inconclusiveness of elections under Mahmood, electoral violence and mass rigging, some Nigerians say, “never did they think, an INEC chairman worse than Iwu, would ever surface.”

Who is the WORST Inec Chairman in the history of Nigeria among these two PROFESSORS!

This isn't up for a debate nah.
Mr. Yakubu is the definition and SI unit of worst, incompetence, remote control strategy and inconclusive election.
While the other one Maurice Iwu did experimented on the SI unit.
Both are magical and legendary nevertheless https://t.co/kXkr3YJend

Maurice Iwu has suddenly become a saint…just when we thought no one could be worse…Yakubu a professor, marked us wrong.

Our dear @inecnigeria Chair, Prof Mahmood Yakubu & his team at the #INEC helm,history will forever remember you as the #TeamINEC that surpassed Maurice Iwu's INEC in leading Nigeria to "Electoral Perdition",
flushing Jega's improvements in the toilet.#NigeriaDecides2019 pic.twitter.com/87Y4thcx0B

Professor Maurice Iwu is a saint when compared to Professor Mahmood Yakubu.
I am not celebrating mediocrity, but I actually thought after the exploits Jega made as the Chairman of INEC, we should get someone better. Sadly, we are back to square one.
Should God come down to help?

PMB this ur integrity is dragging us back to the dark days of Professor Maurice Iwu when ballot snatching and rigging is our only way of conducting a free and fair election. MBK