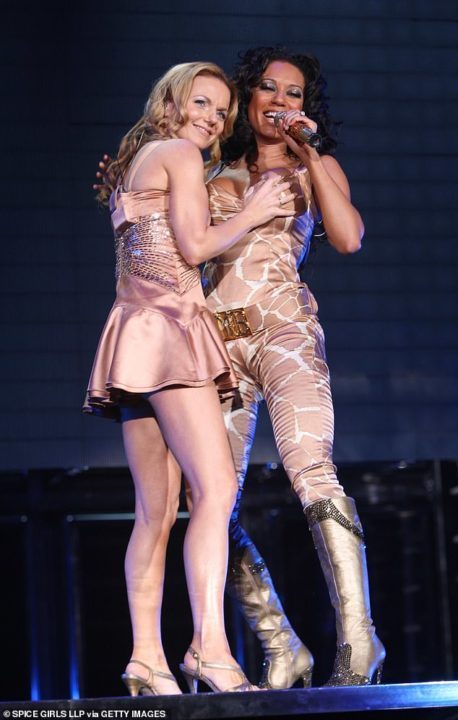 Former Spice Girls singer Mel B has just revealed she had sex with bandmate Geri Horner during the height of their Spice Girls fame back in the 90’s.

The 43-year-old bisexual singer made this known while filming Piers Morgan’s Life Stories on Friday.

‘She had great boobs,’ Mel dished before confirming to Piers that it was only the one time that it had happened.

However, reports have it that the revelation may have caused major issues as sources revealed Mel frantically called Geri to apologise amid claims her husband may have gotten upset over the confession.