Ifu Ennada has apologised to her fans for telling them to change their circle of friends if no one could give them N500k without sex.

Ifu Ennada had earlier on Friday posted that N500k given to her by Soso Soberekan was not a huge amount and this elicited reactions from different people.

In order to curtail the situation, Ifu Ennada took to her Instagram page to explain her perspective with the earlier post.

Ifu also pointed out that before big brother show, a friend gave her N500k.

Ifu apologised to her fans saying what she meant was that being from a poor background does not mean staying poor or having a poor mentality.

Ifu Ennada also disclosed that she made her first million when she was 22years. 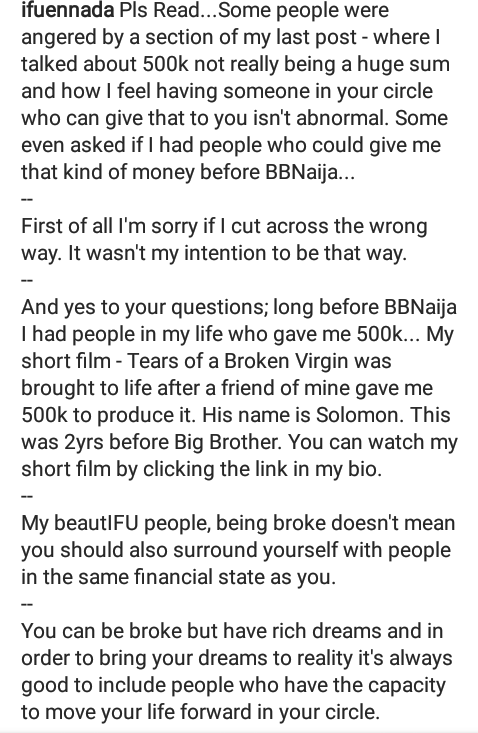 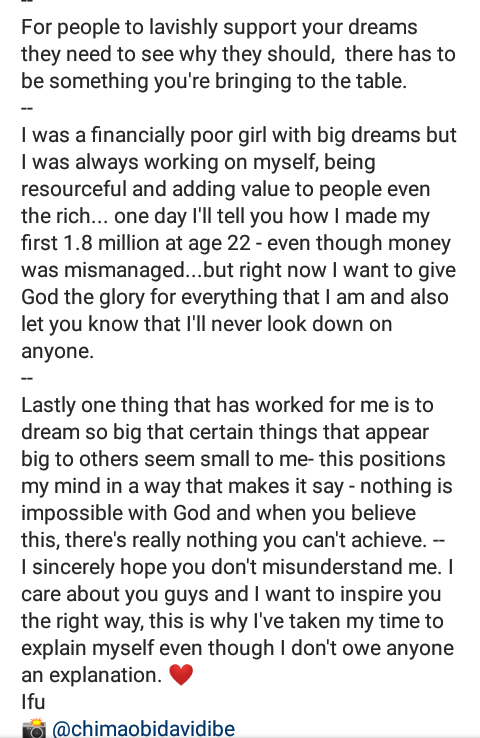 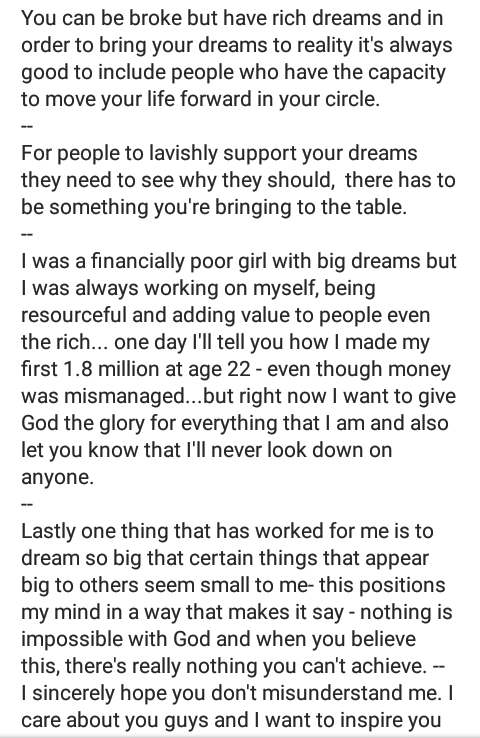