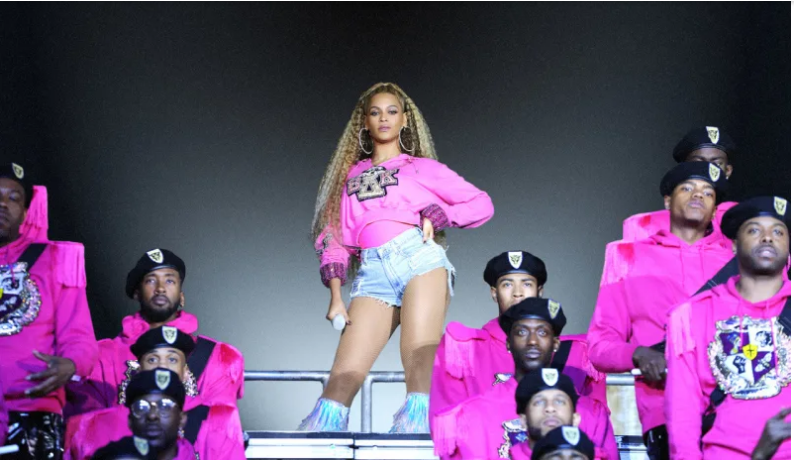 The world was at a standstill yesterday when it was revealed that Beyoncé has a new Netflix documentary Homecoming.

The documentary saw the multi-award winning singer and mom opening up about the struggles she underwent during her pregnancy and the just how hard it is to balance motherhood and her career adding that she pushed herself “further than I knew I could.”

“And I learned a very valuable lesson: I will never never push myself that far again,” Beyoncé said.

Beyoncé revealed that she had been billed to perform at the 2017 Coachella but unexpectedly became pregnant with twins, “which was even more of a surprise.”

“Just trying to figure out how to balance being the mother of a 6-year-old, of twins that need me, and giving myself creatively and physically, it was a lot to juggle,” Beyoncé said.

On her pregnancy with twins Sir and Rumi Carter, Bey as she is fondly called said;

“My body went through more than I knew it could.” She added that she weighed 18 pounds the day she had her babies.

On returning to Coachella in 2018 and rebuilding her body, the mom of three said;

“In the beginning, it was so many muscle spasms and just internally my body was not connected. My mind was not there. My mind wanted to be with my children. What people don’t see is the sacrifice. I would dance and go off to the trailer and breastfeed the babies, and the days I could, I would bring the children.”

“I feel like I’m just a new woman in a new chapter of my life,” she said. “I’m not even trying to be who I was, it’s so beautiful that children do that to you.”