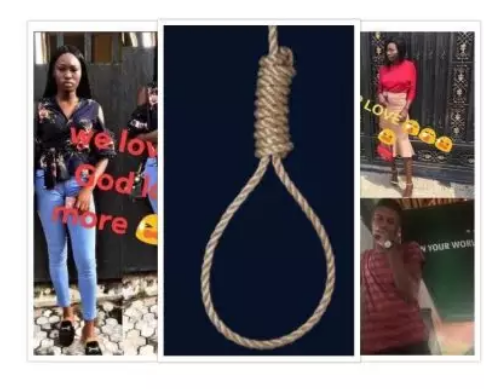 Rebecca Michael, a 100 level philosophy student of Kogi State University, KSU, has taken her own life. According to reports, Rebecca committed suicide after her boyfriend dumped her.

A few sources who spoke with newsmen claimed that the deceased took a poisonous substance while at her hostel in Lokoja. She was reportedly dating a certain DJ Caleb Abalaka aka DJ Aka.

Friends were said to have gone to Rebecca’s hostel and found her writhing in pains. They quickly rushed her to the Federal Medical Centre where she eventually passed on and has since been laid to rest at Lokongoma cemetery.

READ ALSO!
19-year-old commits suicide over fear that she was ugly