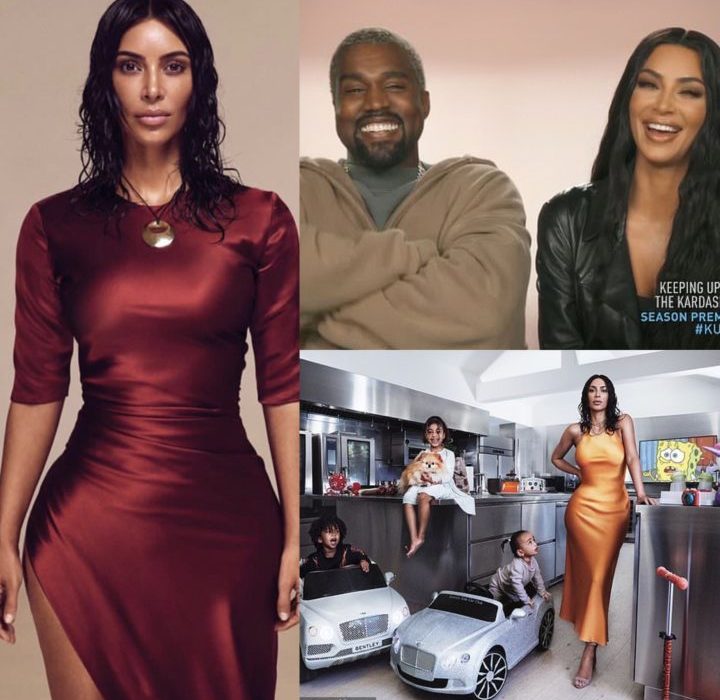 Kim in the new edition revealed she is studying to become a lawyer and also addressed husband Kanye’s mental health issues.

‘I think we’re in a pretty good place with it now,’ she says, adding that Kanye has a newfound sense of purpose.

‘It is an emotional process, for sure. Right now everything is really calm. But we can definitely feel episodes coming, and we know how to handle them.’

‘For him, being on medication is not really an option, because it just changes who he is. Traveling a lot does set it off, so he doesn’t travel as much as he used to. But honestly, I never want to speak for him, because I am not in his mind.

‘But I think some of the hurtful things that I read online . . . . What is she doing? She’s not stopping him. . . . Like it’s my fault if he does or says something that they don’t agree with? That’s my husband. I share every opinion that I have and let him know when I think something’s wrong. Or if it comes to him being in the middle of a bipolar episode, I’ll do everything to be supportive and help to calm the situation.