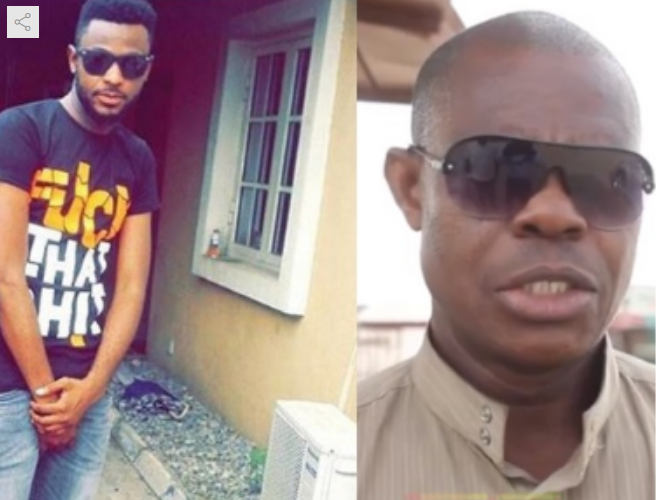 Kolade Johnson’s father, Alhaji Remi Lukman, is insisting his son, was not killed by a stray bullet as claimed by SARSofficerss.

Recalls new broke that the young man was killed by a stray bullet while watching a Premier League match between Liverpool and Tottenham.

“We have been hearing that it was a stray bullet but I must tell you that a stray but cannot penetrate twice. If he had not directed the gun at them two bullets will not touch him. He was the hope of the family and a gentle boy and as I am talking to you, I have gone beyond this level and I’m just trying to set everything in motion to prove it was not stray bullets at all.” he said

“He was just there at that spot catching fun with his friends and watching football match, which of course anybody could have done. It was a response to a lady screaming kidnappers that made them all leave the Kingston Jo eatery to come out to know why the lady was shouting kidnappers.”

“You really needed to have known him. He was a very gentle boy. Some of the video clips will carry in summary the kind of person that he was. While the gunshots were fired towards the group the video clip shows that he was walking behind them all. He wasn’t intrusive at all. It was just unfortunate that he happened to be a victim in the group.
All we are asking for is justice and what these people have done to us should be done to them. He was gentle, intelligent, full of future, the family had a bright hope concerning him and it is very unfortunate that someone like him died at a very tender age. He’s a very gentle boy, listened to home training and we trained him well.”