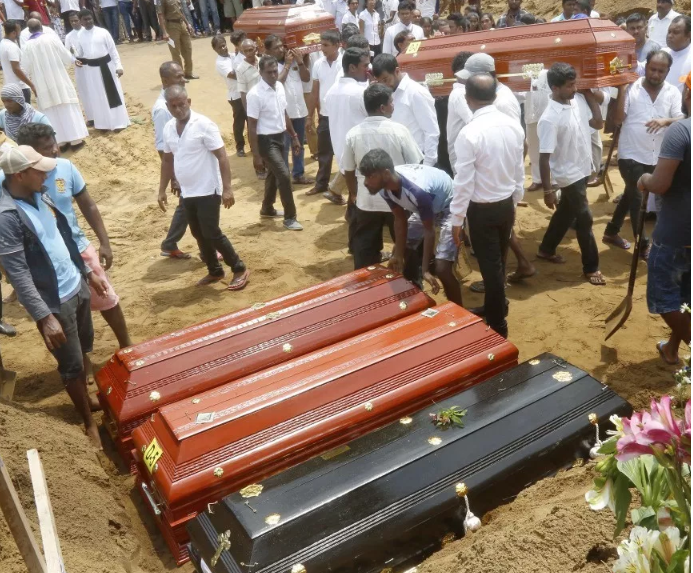 ISIS has released a statement claiming responsibility for the terror attack carried out in Sri Lanka on Easter Sunday.

According to ISIS, they caused the death of at least 321 people and injured about 500, in the suicide bomb attacks carried out in some churches and hotels in Sri Lanka.

The statement by the group’s news agency Amaq read: “The attackers who targeted citizens of the (anti-ISIS) coalition state members and Christians in Sri Lanka the day before yesterday were fighters of the Islamic State.” 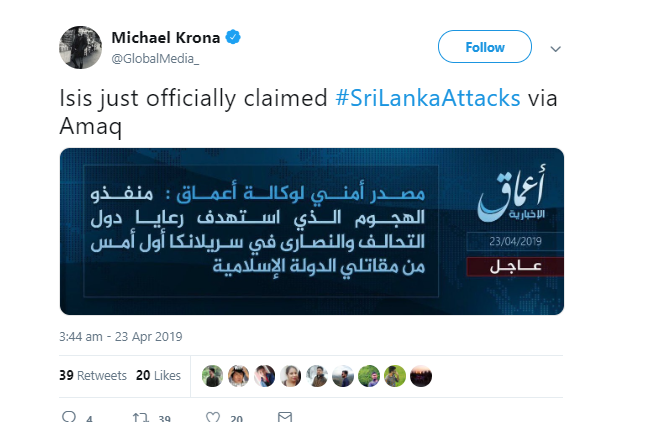