Nollywood actress, Angela Okorie, has laid a curse on a lady on Instagram, who sighted an issue on the picture she posted.

The actress had posted a picture of herself and son glowing in all shades of lovely.

The user identified as @Poshplum11 complained about the actress’ fingers in one of the pictures uploaded.

Your fingers in picture number, is it double or my eyes are shaking, does anyone else see dis

The actress not finding the comment pleasing responded with a curse.

@Poshplum11 if u ever see anything bad in this picture, anything good will be far from you Amen🙏 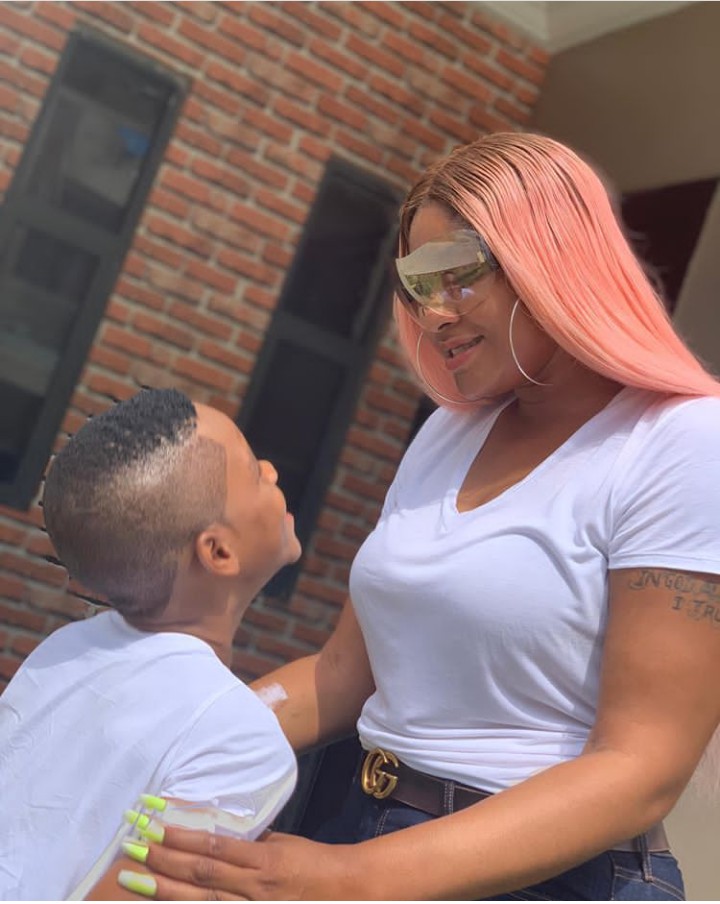