Celebrity blogger, Blessing Okoro, has revealed that she has been threatened by an unknown person if she dares talk about the house that brought controversy into her life. 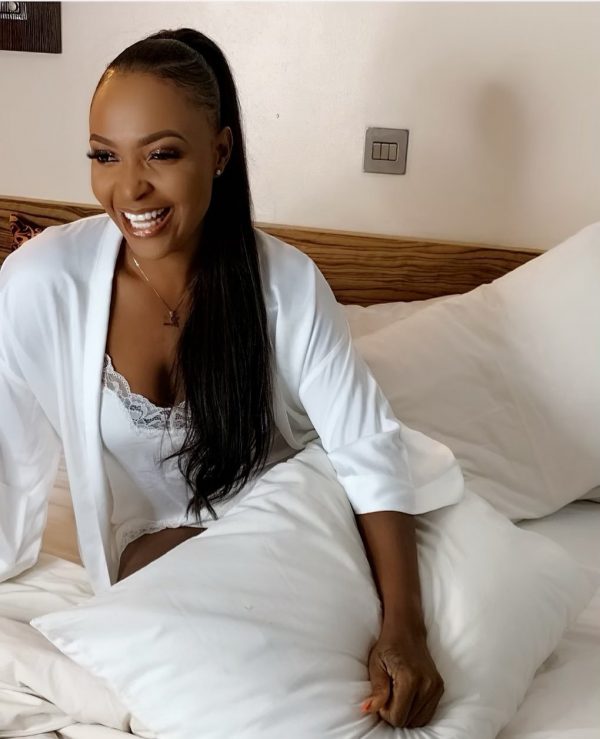 Blessing Okoro, who has been at the centre of controversy in recent days over the house she posted as her own on her birthday, has revealed that she has been threatened to be abducted if she talks again.

Also Read: ‘Made In Nigeria Is A Scam’ – Toke Makinwa Rants

The blogger revealed that she does not need pity and sympathy from anyone, because she is fine.

She also revealed that she would have loved to counter all the allegations thrown at her but she has more at stake, so she will comment no further. 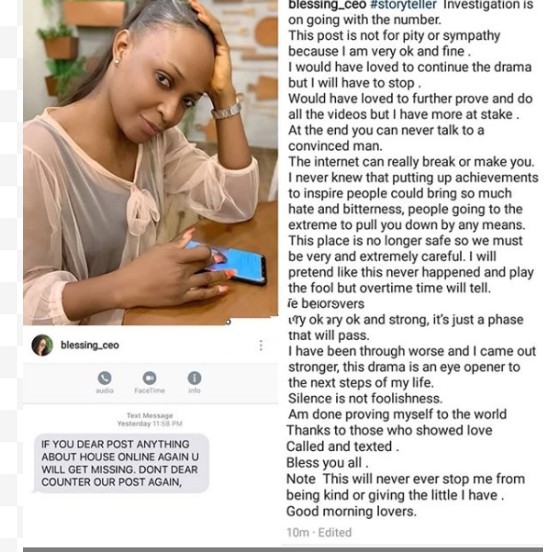