Lydia Forson made this statement while reacting to people accusing Chris Attoh of killing his wife, Bettie Jennifer who was shot dead on Friday.

She advised that people should be mindful of the words they utter, as words have repercussion.

The actress in her post stated that this is a time in Chris Attoh’s life that he needs to be consoled rather than being accused of killing his late wife.

The actress who slammed people accusing Chris Attoh of killing his wife wrote; 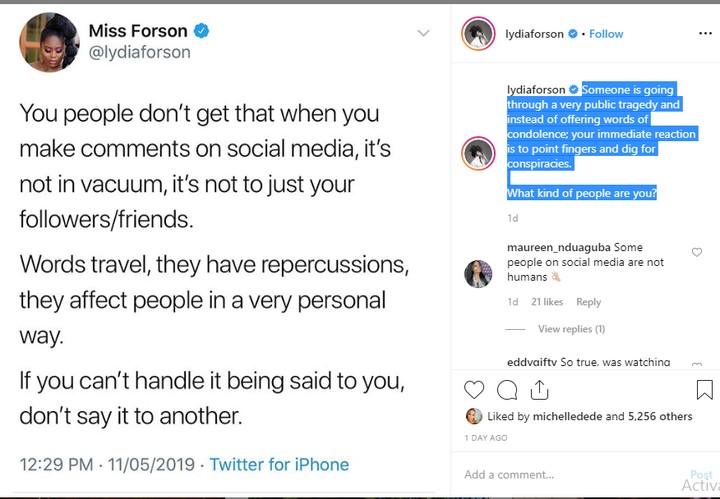