Public Relations Officer of the Lagos State Police Command, Dolapo Badmus, has reacted to a death threat issued by a Naira Marley fan in her comment section.

It should be recalled that an ardent fan of rapper, Naira Marley, called out Dolapo Badmus and veteran rapper Ruggedman over allegations that they were both involved in his arrest.

In a lengthy post, the aggrieved Marley fan noted that it even if it takes him days, weeks, months or years, he would make it his life’s mission to personally take the life of the two.

Really? He must be a noise maker seeking attention. He knows my office address let him show! 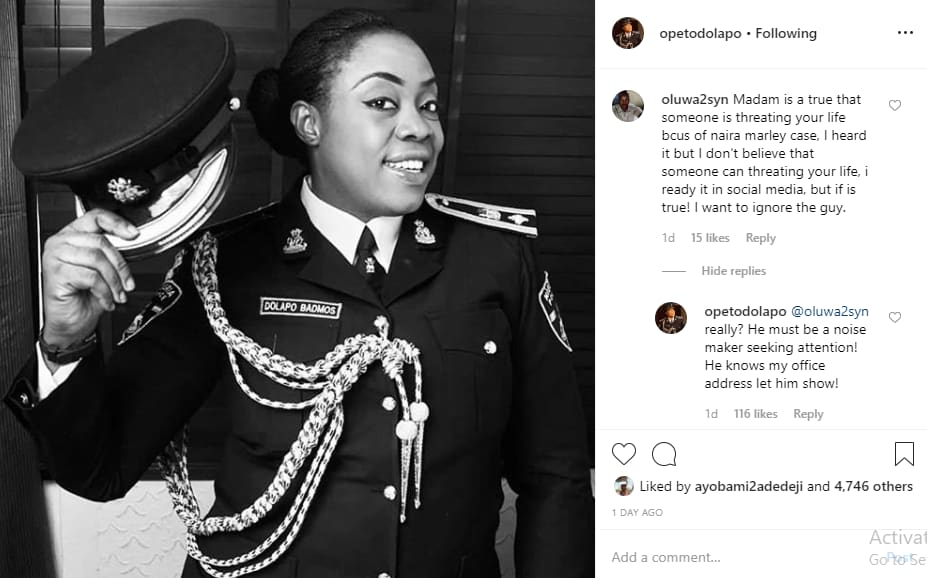