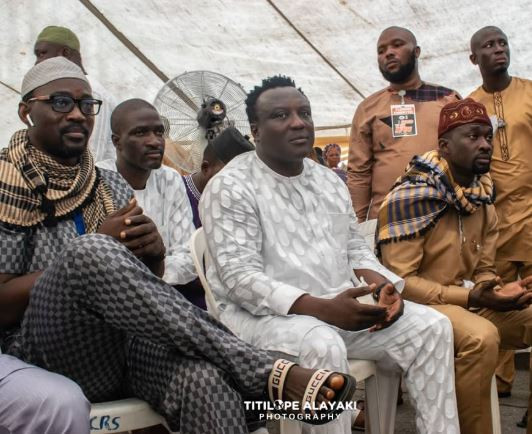 The war came to an end over the weekend at Malaika Alayeluwa fans club Ramadan lecture and prayer held at the Batola Car Park, Marina, Lagos Island.

Sheik Muyideen Ajani Bello who was the guest speaker at the event had this to say about the war between the artistes.

“This is very sad as muslims. We have been waiting for this opportunity to come. Pasuma and Osupa have to settle their long time fight. This is month of Ramadan. We have to forgive ourselves. That is what Quran preaches. We have to imbibe the philosophy of forgiveness at this event if truly we are good muslims.

We implore Pasuma, Osupa to forgive each other. Only Allah forgives human. I appreciate Malaika’s effort who strived hard in order to bring these men to this function together. Togetherness is what Islam preaches. The religion preaches peace, love and care for one another”  The clergy man said.

Appreciating all his guests, Malaika said;

“I thank our guests who travelled from various states to attend Alayeluwa fans club Ramadan lecture and prayer. I urge everyone to unite more as the guest speaker had said during their lecture. This is the only way we can gain the kingdom of Allah”, he said.