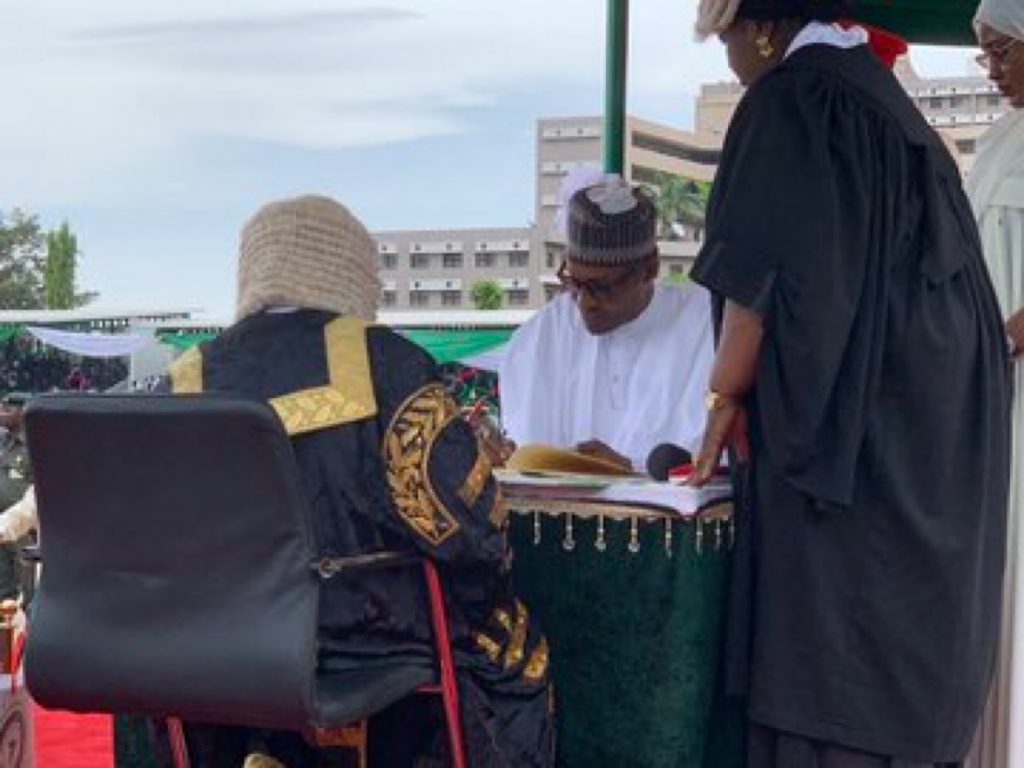 President Muhammadu Buhari had come under severe criticisms for many Nigerians and the opposition Peoples Democratic Party(PDP) for not giving a speech or saying anything during his second term Inauguration ceremony held in Abuja on Wednesday.

However, a source close to President Buhari claims that he did not deliver any speech at Wednesday’s inauguration because of the forthcoming Democracy Day.

Buhari( 76 ) who was sworn in for the second term in office alongside the Vice President, Yemi Osinbajo at Eagle square, Abuja — took the oath of office administered on them by the acting Chief Justice of Nigeria (CJN), Justice Ibrahim Tanko Muhammad.

Daily Trust reports that the president’s inaugural speech would be delivered on June 12 during the Democracy Day.

The Federal Government had announced plans to move major events for the president’s inauguration to June 12, which is now the new Democracy Day.

The presidential source who spoke to Daily Trust on anonymity said the inaugural speech was not meant for the swearing in.