Pop singer and entrepreneur, Dencia has shared her thoughts on the recent abortion law by Alabam which prohibits the process except in some cases. 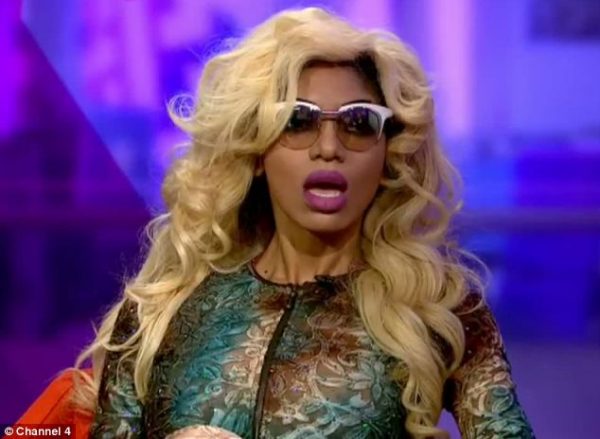 Since the law was made known many have since taken to social media to voice out against it saying men should not have to decide what a woman does with her body as it is hers and she owns the full right to decide on what needs to be done on it.

Dencia has now shared her thoughts saying these women are not right as abortion causes the death of a human being.

All week I’ve seen people talk about Abortion being banned and all what not, I’ve read the most ignorant comments like “it’s a woman’s body” and much more,I see celebrities even pushing this shit & making people angrier.

Ok woman and her body, you realize it’s not your body but a human u are killing right? It was your body when u had the option to
1) use a condom
2) use birth control
3) use plan B
4) abstain from sex
5) stop having sex with people u don’t wanna have kids with
6) anyone having unprotected sex is trying to have a baby wether you like it or not.

QUESTION ( How many of u will publicly admit to abortions? How many of u actually disclose to ur new partner that u had one?
Every law has loopholes so this one will have enough loopholes for y’all to still have ur abortions. The law has been passed, now what we should do is promote how to avoid getting pregnant so u don’t even have to want an abortion.
AGAIN,IT’S NOT UR BODY SIS,THAT CHILD COULD BE ANYTHING TOMORROW, IT’S another human u are making selfish decisions that work for u for. Most of u will claim condoms fail too,bc fails bla bla bla hmmm but it’s not ur case, plan B will work.
What About Rape? Well that’s a case that will definitely be handled the right way when the time comes.

Why not pass the law for men to have vasectomy smh how about u actually worry about yourself, self control, u can only control you & maybe tell your partner to have the vasectomy. We can argue all we want, be patient,the next lawmakers and presidents will be able to change these laws, until then y’all been breaking the laws anyways so u can break this one too.

You have 8 weeks to have the abortion according to the law sis.

A lot of women nowadays struggle to have babies because of past abortions ( I know a lot of them)
Man y’all need to start finding solutions to problems instead of arguing shit that really will just be a Hashtag & y’all gonna move on in 2 Secs, y’all fake caring as usual.