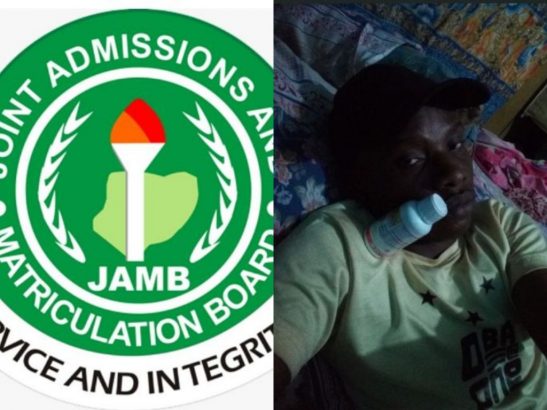 A young Twitter user identified as Segun is trending after it surfaced that he tried committing suicide by drinking Sniper after he failed JAMB.

Segun had taken to Twitter to share a photo of himself posing with sniper and saying he would teach people how to make tea with the poisonous substance.

According to him, he had people who had promised to grant him a scholarship but his hope was dashed after he failed JAMB.

Sharing his JAMB results from 2015, he wrote;

His tweet immediately went viral and caught the attention of people who rushed him to Oluwafayokemi hospital in Ijebu Ode, Ogun State.