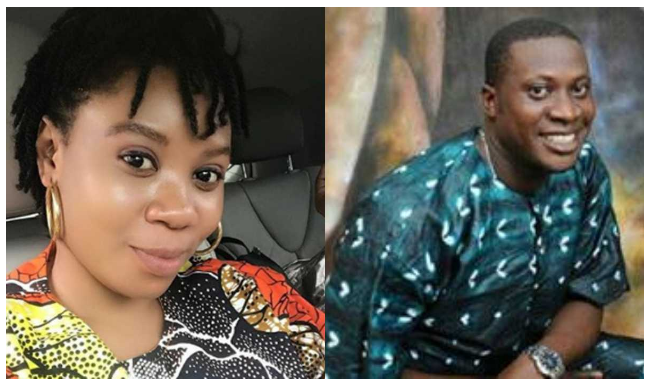 The accusation came after the director took to social media to comment on the trending Biodun Fatoyinbo rape scandal.

RAPE is morally a serious offence to humanity and by Law ,its a criminal offence which is punishable under the Law….My grief is on Morals of those who live in glass house throwing stones,i was almost a victim by a said producer,and i see him posting memes about the pastor saga,i then ask myself,does he think he is not guilty,did he even know the magnitude of what he tried to do to me????yes ,i was not underaged but my CONSENT was very important,you tried to rape me in the name of giving a movie role…Bro,pls for now,you are not an Ambassador for say NO TO RAPE,i put it to you that you are a culprit and does not deserve to put mouth in matters pertaining to RAPE..Some will say,”what if he has changed,or repented???yes he might have but he should have either kept his cool because some of us the victims wont FORGET,i am angry he is thinking he is right @laideolabanji pls pull down the video sir,you are not worthy by all standards to make jest when you are the owner of the table sir.. 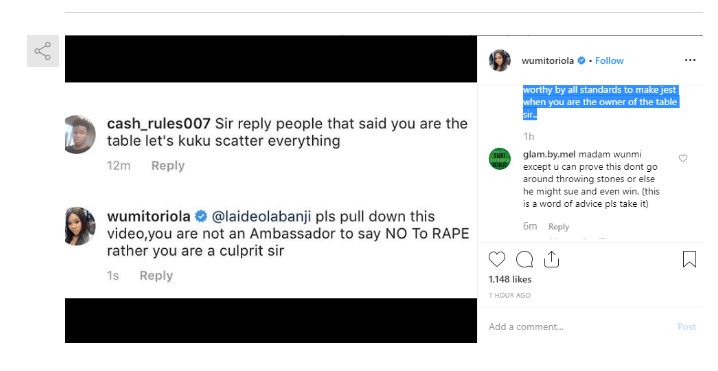