A Botswana court has overruled a colonial-era law criminalizing homophobic relationship in the country. The new law will guarantee equality, liberty, and dignity for the LGBTG community. 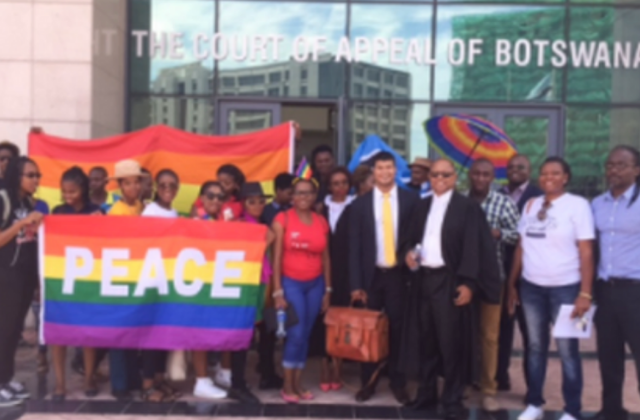 READ MORE: Nigeria Novelist and Feminist, Chimamanda Ngozi Adichie Honoured A Doctorate Degree In Yale University
The fight for gay rights was brought up by a 24-years-old university student who argued that the society had changed and homosexuality was more accepted.

Botswana is the latest country in Africa to decriminalize same-sex relations, following Angola’s decriminalization in January, Seychelles in June 2016, Mozambique in June 2015, Sao Tome, and Lesotho in 2012. however, It is still largely frowned upon in Africa has it still remains illegal in 36 African states.

South Africa is the only African nation to have legalized gay marriage.

Some African countries like Somalia and Sudan punish same-sex relations by death, while in Nigeria it is up to 14 years in prison