The CEO of Ovations Magazine, Dele Momodu, has shared the photos of Nollywood comic actor, Baba Suwe and Clergy, Ajayi Esther, during their meeting.

The comic actor went in search of the clergywoman after her donation to him when he was sick.

“It was all hearts and emotions as Iya Adura, Rev Esther Ajayi welcomed iconic comedian, Babatunde Omidina, popularly known as Baba Suwe from the journey to his treatment.

The comedian who was flown to a hospital in Rhodes Island near New York, U.S.A on a wheelchair, weeks ago for treatment, returned to Lagos, Nigeria, on Tuesday.

Arriving Sheraton hotel, Ikeja, Lagos, today to see his benefactor, Iya Adura, in the company of his son, Shola and younger brother Adegboyega, he expressed gratitude to Iya Adura, describing her a true Christian, with Christ-like virtues.

You will recall that a few weeks back, Baba Suwe publicly sought for help to raise funds for the treatment of his ailment, but to no avail.

Generously, Iya Adura Rev Esther Ajayi came to his rescue, with a donation of #10,000,000.00 (ten million naira) for his treatment in the United States of America.

The woman of grace also prayed for the talented actor, for perfect health.” 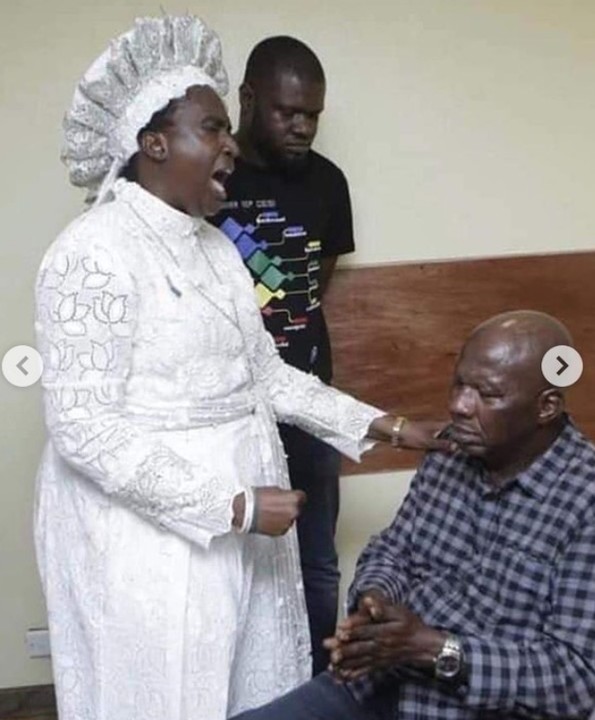 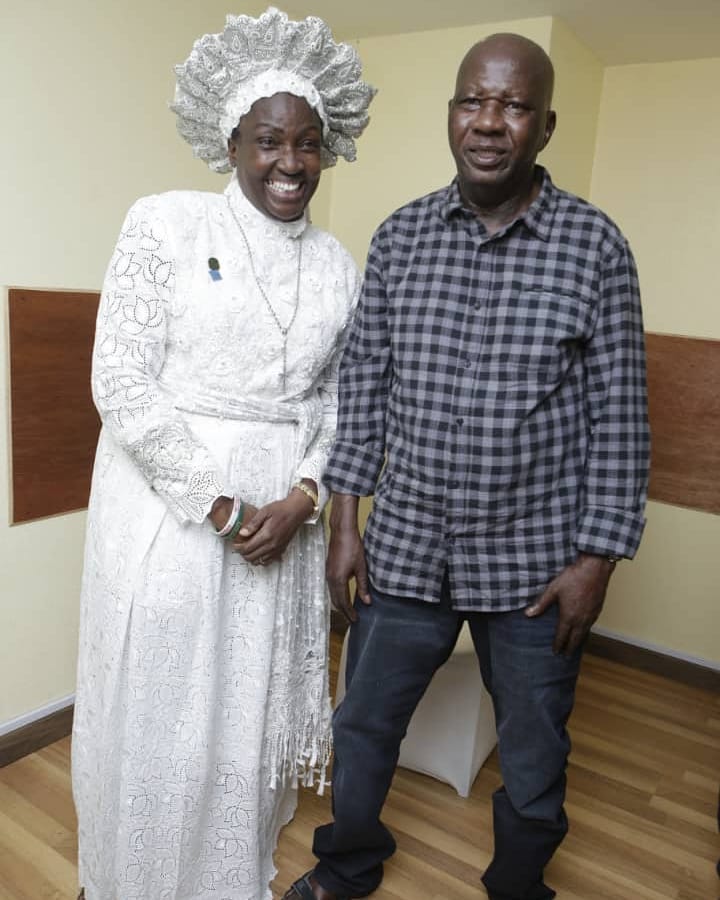 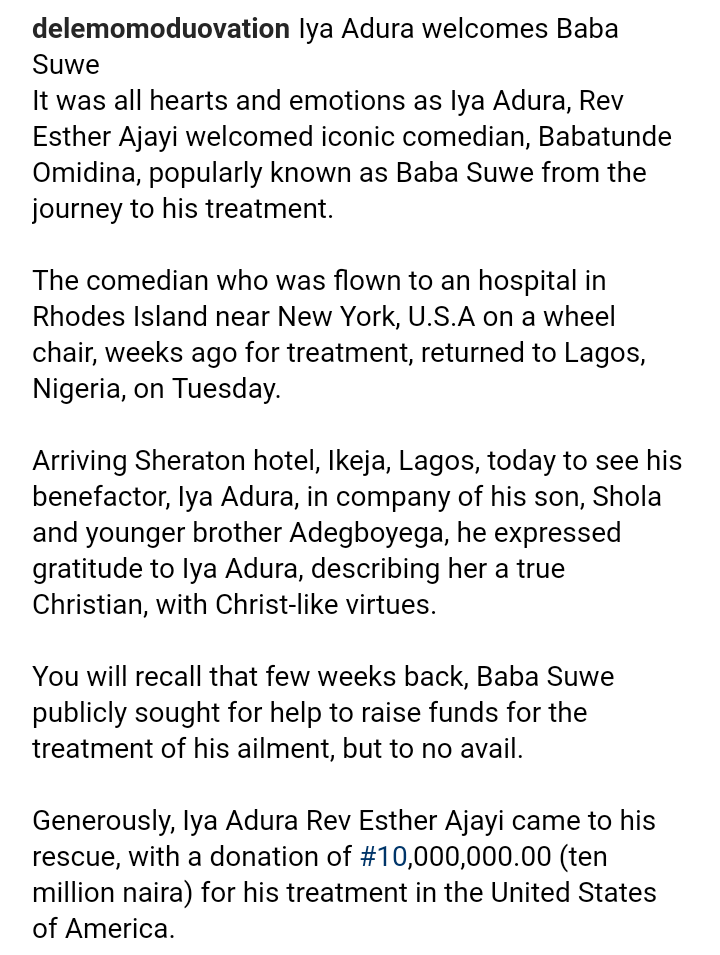