Controversial Nollywood actress, Tonto Dikeh is causing a storm on social media as pictures surfaced online of her hanging out with ex-footballer, Daniel Amokachi.

The controversial Nollywood actress was spotted dancing with Daniel Amokachi, who has been alleged to be the new man in her life at her pre-birthday party.

This is the second time the power duo will be seen together in public with the legendary footballer.

The first time was a fanciful dinner a few days after the outlash of the actress against her ex-husband, Olakunle Churchill. 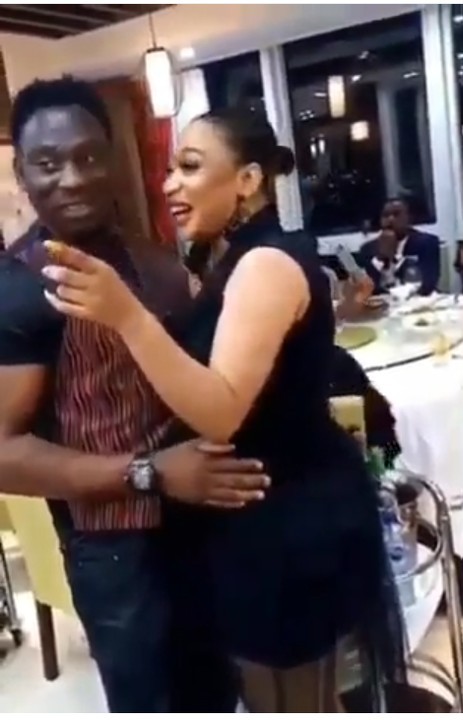