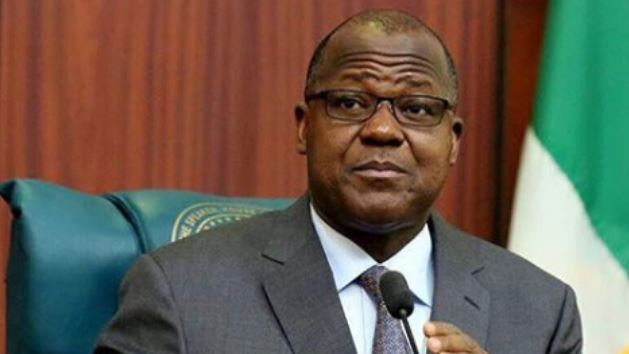 Yakubu Dogara, the Speaker of the House of Representatives, has distanced himself from claims that he has joined the race for the speakership of the green chamber.

The Speaker said this on Sunday in Abuja in a statement released by his Special Adviser Media and Public Affairs, Turaki Hassan.

“Our attention has been drawn to stories published in some national dailies to the effect that His Excellency, Speaker of House of Representatives Rt. Hon. Yakubu Dogara has joined the race for the speakership of the 9th Assembly, the statement read.

“We wish to distance the Speaker from the fake news being pushed and circulated by mischief makers and enemies of progress who want to create confusion in order to benefit and feast on it.

“The Rt. Hon. Speaker has always spoken for himself and would not be engaged in childish hide and seek games. When he contested in 2015 he openly sought for support and openly canvassed for votes and there is nothing stopping him from doing so now if that were the case ”

According to the statement, if Dogara wanted to issue a statement on his interest for the speakership, he knew exactly how to go about it — While urging Nigerians to regard the news of his speakership ambition as fake.